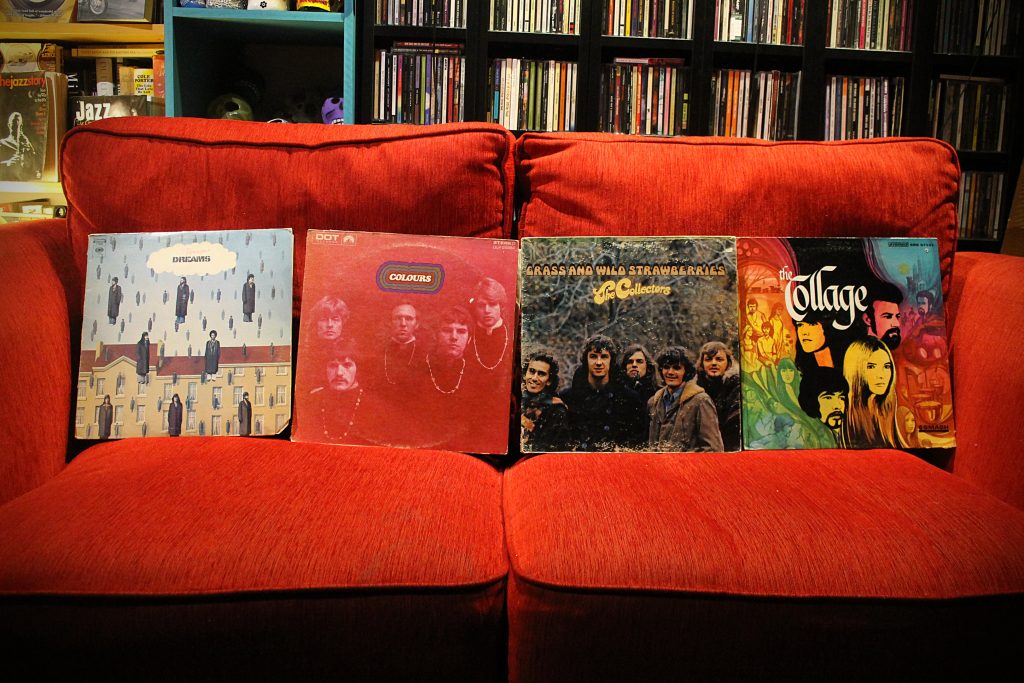 Music today was me randomly picking an interesting album and that happened to be Dreams’ debut, released in 1970. It was more music in the area of Rock with horns, but not as successful as Blood, Sweat & Tears and Chicago even though they also had good songs and incorporated the brass in an interesting way. Although they didn’t become successful in their own right, some of their members did become well-known, John Abercrombie became a prolific Jazz guitarist, The Brecker Brothers were successful with their own band and as sessioneers – Michael played sax and flute, Randy, trumpet and flugelhorn and then there’s Billy Cobham, the drummer’s drummer. This album is a mostly forgotten jazzy, fusiony classic, if you like that kind of thing. If you are interested in some nerdy facts, the band was formed by Jeff Kent (?) and bassist Doug Lubhan who was asked to join The Doors but declined due to his membership of the band Clear Light who made one album in 1967. But he did play bass on Strange Days (1967), Waiting For The Sun (1968) and The Soft Parade (1969). Guitarist Bob Mann went on to be an in demand session player and played on Mountain’s Twin Peaks.

Colours released two albums in the late sixties, their self-titled debut (1968) on Dot and Atmosphere (1969). Colours were some kind English Beatlesy, sixties-inspired orchestral Pop group, Where Is She particularly stands out as a Lennon influence. They allegedly had a hit with Brother Lou’s Love Colony reaching the Billboard Charts in 1968, but I can’t figure out how to search to see if it’s true. It seemed at first that they were essentially a vehicle for songwriters Jack Dalton and Gary Montgomery and by the second album they were the only two credited musicians. But Colours did have one member, bassist Carl Radle, who went on to play with Delaney and Bonney, Derek and The Dominoes, J.J. Cale and Eric Clapton. Drummer Chuck Blackwell played with Leon Russell, Joe Cocker, Taj Mahal and Freddie King. Dalton and Montgomery wrote songs for The Turtles, The Outsiders and Spiral Starecase.

The Collectors were a Canadian sixties Psychedelic Pop band who released their first, self-titled, album in 1968. They only made two albums, the second was a collaboration with prominent Canadian playwright George Ryga. They wrote the music for his stage play Grass and Wild Strawberries (1969). When singer Howie Vickers left, guitarist Bill Henderson took over on lead vocals and they became Chilliwack who went to be a successful band in the seventies and eighties.

The Collage were a sixties band who made just one album, released in 1968. Donna, Jodie, Jerry and Don were a cross between The Free Design and The Mamas And The Papas. It’s what you call sunshine Pop and despite their short tenure they managed to find famous sessioneers from The Wrecking Crew, Larry Knetchel and Hal Blaine, to play bass and drums. If you feel like donning a head band and skipping through a field, this is the music for you.