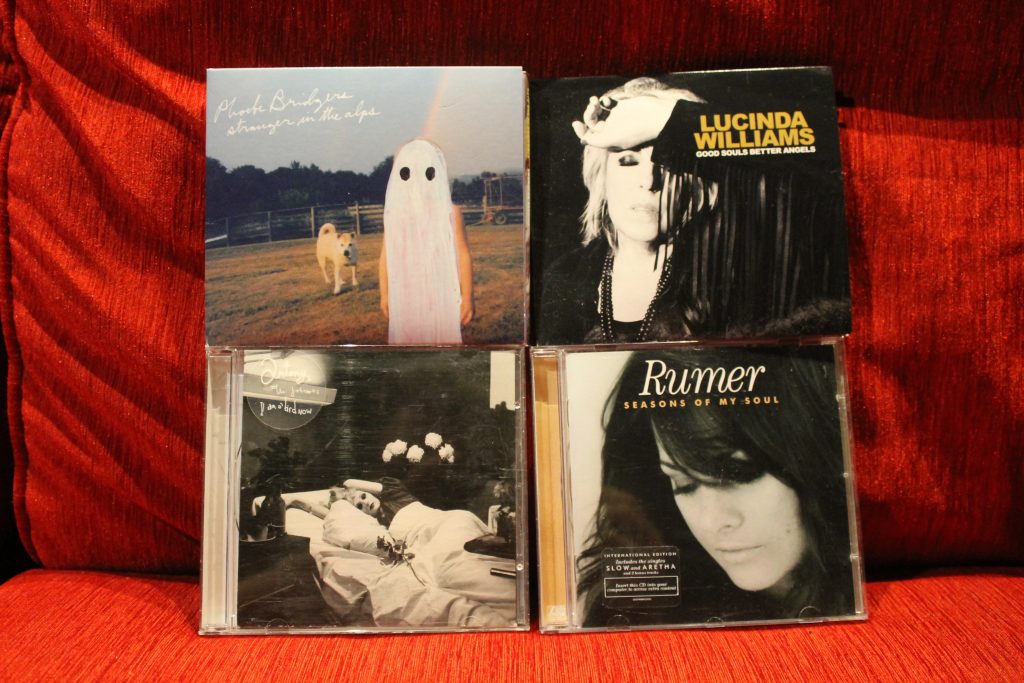 Music today has been inspired by birds and Antony and the Johnsons’ I Am A Bird Now (2005). It’s 35 minutes of exquisite beauty from that mystifying singer Antony Hegarty now ANOHNI. Soaring, multi-tracked vocal accompany and piano back a plaintive voice on Hope There’s Someone. A poetic and complex character with songs that are easy on the ear and lyrics that cut to a personal truth. Drums and bass come and go, strings fill the sound but the piano is always there (My Lady Story). More anxious songs For Today I Am The Boy follow and then Man Is The Baby with seventies strings, as beautiful as Nick Drake. Perhaps the autobiographical songs of Hegarty aren’t everyone’s lyrical cup of tea but I’ve come to the conclusion that real emotions in any form are always more inspiring than run of the mill cliches. Still, if you mean it..! You And Your Sister is a duet with Boy George and the following track What Can I Do features Rufus Wainwright on lead vocals and then three in a row, Fistful Of Love features Lou Reed and here we hear guitar and horns adding another flavour. Mellow and inspired by their friends, George, Rufus and the late Lou this is an inspiring album. Devendra Banhart plays guitar on You And Your Sister and sings on Spiralling. There’s certainly an interesting selection of exotic voices on this album (Joan Wasser, Joan As Police Woman, also appears on viola). The second last song Free At Last with Julia Yasuda on sing-speak and the album finishes with Bird Gerhl. The album won the Mercury Music Prize in 2005.

In the end and despite the other talented singers that appear here, it’s all about one singer’s voice and the mood that is created with that special vibrato, the thoughtful lyrics and that cover art, titled ‘Candy Darling On Her Deathbed’ taken by Peter Hujar in 1973. She was one of Warhol’s transgender superstars who died of cancer at the age of 29 and was the inspiration for Lou Reed’s song Walk On The Wild Side. ANOHNI born Antony Hegarty is actually from Chichester in England and moved to America at age 10, one wonders at the different life that may have been if the family had stayed in England.

This album led me to Seasons Of My Soul (2010) by Rumer, the lovely sixties English/Pakistani singer who has something of Karen Carpenter about her. It’s soft and melodic and Bacharach light. I saw her live once in Stockholm and after the show, she was a little dismissive with the fans as she autographed CDs. To each their own I suppose and I try not to hold it against her as I mellow out to her mellow music. Although this is her first album of sixties sunshine, light-hearted middle of the road melancholy, it’s so disarming and relaxing that you can’t help but allow yourself to drift into her universe. With two albums since this one, Boys Don’t Cry (2012) and Into Colour (2014), followed by This Girl’s In Love: A Bacharach and David Songbook (2016), her fifth album Nashville Tears – The Songs Of Hugh Prestwood will be released in August here in the UK by Cooking Vinyl.

Phoebe Bridgers seems to be getting some attention with her new album Punisher but don’t start there, start with her first album Stranger In The Alps (2017) and then go to boygenius (2018) her collaboration EP with Lucy Dacus and Julien Baker and then go to Better Oblivion Community Center (2019), her collaboration with Conor Oberst – and then go to Punisher (2020). I don’t know if you can take this all in, but you might fall in love with her just from the lovely first track Smoke Signals. I’ve been playing a lot of older records (sixties, seventies) on vinyl in recent months but the archive is packed with newer records, not just brand-new vinyl and CDs from the likes of Bridgers but all those CDs that came out since the eighties right through to now. Tonight the more recent CDs are out (2005-2020).

Bridgers reminds me of Paul Simon in his heyday as a writer. There’s something in the melodies and the lyrics, both these things. Funeral has that feeling and lovely production with intimate vocals that softly penetrate. But it’s how she records herself how she hears her sound and how she captures it working closely with producer Tony Berg to wonderful effect. Beautiful, mesmerising, irresistible.

Lucinda Williams has a new album out, Good Souls Better Angels (2020). I’m a fan. I have all her albums, I’ve seen her live a few times. She lives in some twilight world between Country and R’n’R and when she sings she sounds like she’s just drunk a gang of hustlers under the table. No one can slur like her, no one can sing like her, no one writes words like her, she is totally unique in a world where only the authentic shine through and she is certainly that. You can pretty much pick any of her dozen albums and hit gold. Only she could write Bad News Blues, the second song on the album and make it work so well, direct truth-telling, contemporary, observational, poetic, down to earth, natural, original, perfect commentary of America, the zeitgeist. She sings, “All the news you can read, all the news that’s fit to print” – If you were reading my short Phil Ochs piece the other day, well here it is again, wonderfully resurrected. Her voice – her voice even without the soul-wrenching lyrics, is amazing. It carries every word across the room and into your heart, your brain, sits in your soul and you just take it as the truth because it is. Passionate, trembling, prescient, invigorating, inspiring. Always great guitars (Stuart Mathis I presume on this album). Man Without A Soul is dedicated to the sad orange jester with the world in his clumsy hand.

Records like this is why I simply can’t live in the world of one genre, whether it be Progressive or Indie, Psychedelic or Singer-Songwriter, Reggae or Metal, Soul or Classical. This is the kind of record that destroys taste and takes you into a room and teaches you about the validity of variation and the depth of amazing things, all for you to discover, you just have to be able.

Song Of The Day is Motion Sickness by Phoebe Bridgers from her album Stranger In The Alps (2017):