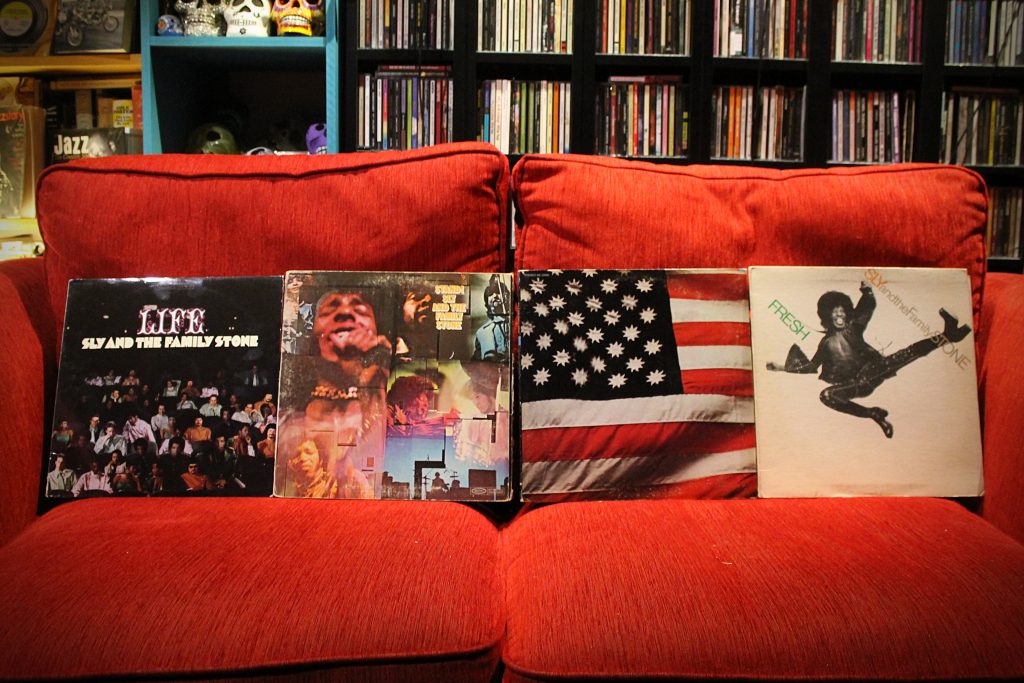 Music today is the long overdue Sly And The Family Stone, starting with the third album. Life (1969) did not do as well as expected after the hit from the previous album Dance To The Music even though the reviews were good. I just didn’t have that mega single that was the title track, it reached No. 9 in 1968. They would have to wait for future hits, but they were coming. This funky Psychedelic Soul album has its own cool title track and one of my Sly favourites, M’lady.

Stand, the fourth album, released in 1969, managed what none of the previous albums did and that is reach the US Top 20. It’s packed with great tracks, probably best known is Everyday People that went to No. 1 on the Billboard chart. These middle four Sly albums are must-haves, groundbreaking influential in leading the pack into Psychedelic Soul – The Temptations, The Undisputed Truth and even The Supremes with Reflections (if you remember that song). Sing A Simple Song was recorded by The Temptations, Diana Ross and The Jackson 5. If you haven’t heard the 14-minute jam, Sex Machine, your life needs it. This is the thing with taste, I love this track but if you don’t, you have the 2.20 Everyday People before it. I personally love the groovy jams as much as the classic singles.

The dark, groundbreaking There’s A Riot Goin’ On (1971), titled in answer to Marvin Gaye’s What’s Goin’ On (also 1971, released 6 months earlier), was a change of direction. This wasn’t uptempo dancey Psychedelic Soul, this was troubled pessimistic, narcotic, dark, black, drug music. It made The Velvet Underground sound lightweight. It was fraught with tension, drummer Greg Errico left the band (lots of drum machine on this record). Sly got involved with the Black Panthers, Mafia figures, bad drugs and watched the band eat itself alive from the inside. Somehow it had hits and the classic Family Affair reached No. 1 on the Billboard charts. The rhythm, the melody, the vocal, wow, what a track. It’s an absolute classic album, it cost a fortune to make and Sly was at the height of his drug use and unreliability, but the album…essential.

By the time Sly was in the studio for Fresh (1973) it wasn’t just Greg Errico that was gone (replaced with Andy Newmark). Bassist Larry Graham was also gone, replaced by Rusty Allen. Allen’s bass drives the track If You Want Me To Stay which was a hit reaching No. 12 on the Billboard Chart and even No. 40 in the UK. It’s another American No. 1 album, more accessible than its predecessor and frankly another great Sly album. Que Sera Sera, sung by Rose and Sly, what’s not to like?