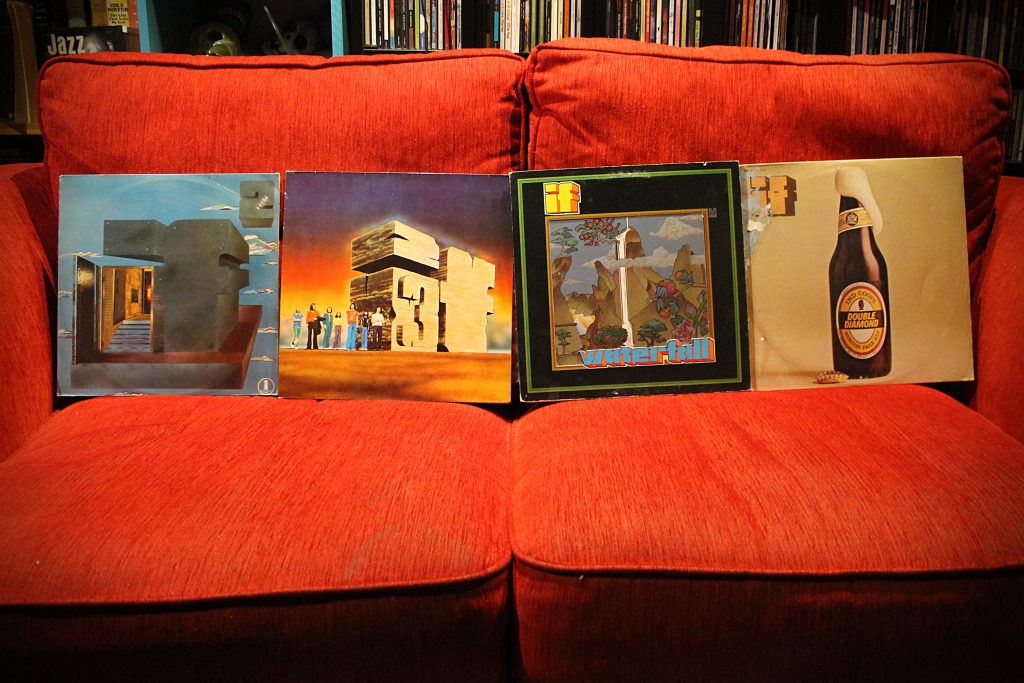 Music today comes in the shape of If. And if you don’t know who they are then I wouldn’t be surprised because they fall through all the cracks of hip, Jazz, Progressive, Rock. They are odd and accessible at the same time. It’s as if there’s a reason not to follow them from every genre’s point of view. They could be seen as easy listening, mainstream even, but then they are also Jazz Rock. They have a singer that could have been in Blood Sweat And Tears or Boz Scaggs so they don’t appeal to moodier tastes and they’re not jazzy enough to be loved by the Jazz fraternity. You could imagine them on tour with Steely Dan. In the period between 1970 and 1975, they released 8 albums and toured a lot in Europe and America, so someone liked them somewhere.

Apart from their singer, J.W. Hodkinson, they were led by two sax and flute players, the late Dick Morrissey on tenor and soprano sax and flute and Dave Quincy on tenor and alto sax and flute. Morrissey was best known as a session man (he died in 2000) who played on everyone’s record from Stiff Little Fingers to Demis Roussos and Roy Harper to Gary Numan via Paul McCartney and there was his post If band, Morrissey-Mullen. Quincy played on the two odd Manfred Mann Chapter Three albums I was talking about some weeks ago and after If formed Zzebra (with a double Zz). More jazzers, John Mealing on keyboards, Terry Smith on guitar and Jim Richardson on bass with drummer Dennis Elliot completing the lineup. Somehow he went from this band to join Foreigner, playing on all their hit albums. He also played on the first two Ian Hunter solo albums and in the sixties was a member of The Ferris Wheel with Linda Lewis, bassist George Ford and guitarist Jim Cregan whose names are on records you either have or have sung along to if you were born at that special time.

The point with these albums is (and there’s no point singling one out over the others) that they are that lovely mixture of many things. For me, I like records that have songs but within those songs, there’s lots of instrumental passages, the songs are real and so is the music. I don’t have the very first If album (1970) but do have all the other seventies releases (the US version of If 4/Waterfall has some different tracks). What I love about music is how it seems to inspire or have absolutely no effect at all. It’s how I feel about Oasis and Dream Theater, bands that people love, two extremes of music styles that I generally like but not in the case of these two bands, I guess they don’t love my records either. If you’re interested, with Oasis it’s the music, the lyrics and the guitars and with Dream Theater it’s the music, the lyrics and the guitars.

So with If I would absolutely not recommend this band to you but it is a band I like that released eight albums in the seventies – for somebody. It’s like a band with no home and that might be its appeal to me but I can see how they would easily be disliked by all kinds of music lovers, and it’s not exactly that it’s specialised, it’s more that it’s brilliantly faceless. There’s no real point recommending Yes to a Clash fan unless they have a wide and special appreciation of different genres, different approaches and can listen to AC/DC and Ella Fitzgerald in the same sesh, so consequently, unless you like Angus Fitzgerald and Joe Wakeman stay clear, I just listen to all types of records, that’s all.

Song Of The Day is Forgotten Roads by If from Beat Club, Bremen, Germany 1971: