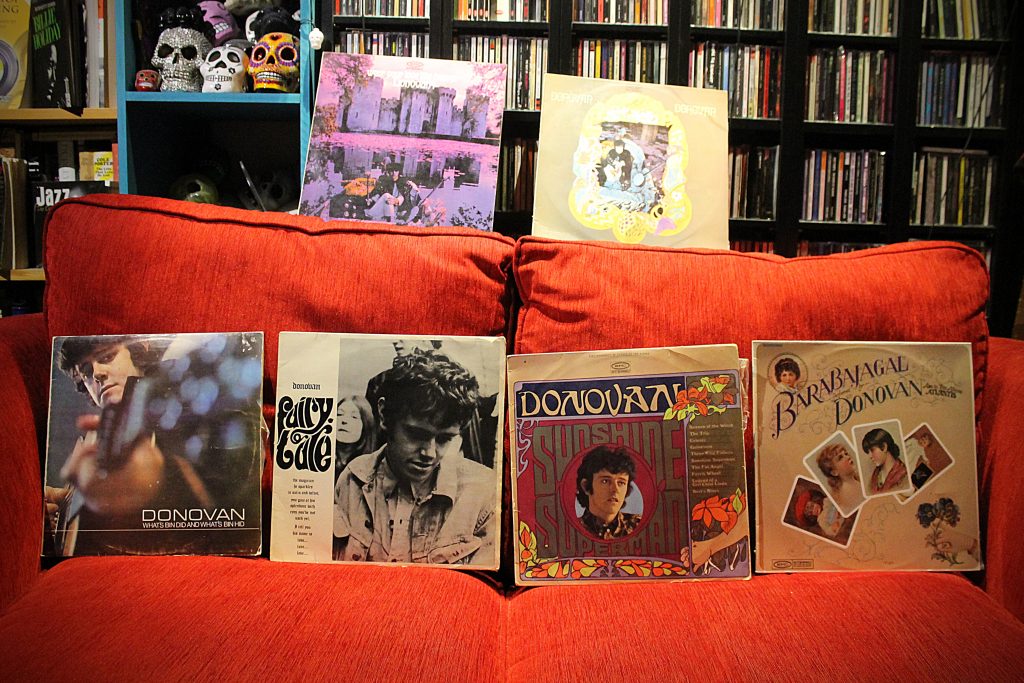 Music today has been the early Donovan albums. I’ve been meaning to play them and then Boydy told me he’s just bought A Gift From A Flower To A Garden (dbl album box from 1967). I thought I had it but then I realised I have the two albums that were in the box and released separately (Wear Your Love Like Heaven and For Little Ones). So I played Donovan’s debut, What’s Bin Did And What’s Bin Hid from 1965 (Catch The Wind in the US). It’s strange with Donovan, it’s like Folk light despite the serious songs. Everything sounds so accessible, Colours was one of the first songs I learned to play and sing. Dylan is harder on the ear but ultimately more satisfying. It’s not like Donovan doesn’t have a great voice, great lyrics, great songs, he was even in India with the Beatles and allegedly taught Lennon how to play the fingerpickin’ style. Perhaps he’s too much like the nice waitress? He had big hits and image-wise (or should I say spirituality-wise) he was way ahead of his time. That Folk scene look with the cap, the acoustic and the harmonica, it was perfect. (Drummer Skip Alan would go on to play with The Pretty Things, bassist Brian Locking was briefly in The Shadows.)

By his second album, Fairytale, he was established, I wonder what Roy Harper thought about him because there’s a similarity (Ballad Of Geraldine). There’s just something so pleasant about Donovan’s execution, lovely tales of tragedy – with Harper and Dylan and Lennon the pain breaks through the natural ability and fronts it, with Donovan it’s the other way around. It’s more like the effect that Pop music has on me. I really like it, everything about it, it’s intelligent, it’s beautiful, it’s impossible to ignore it, but did you ever hear Buffy Sainte-Marie sing Universal Soldier? (She wrote it.) Donovan makes it singalong pain. It sounds like I don’t like him, but I do, how could I not be hypnotised by the stories, intoxicated by the melodies and be made aware so sweetly of the dark world where we have lived (Ballad Of A Crystal Man). Shawn Phillips plays the extra 12 string guitar.

The hit songs were amazing and by Sunshine Superman (1966) the songs were catchy and breezy (Jimmy Page is in there somewhere) and Mickie Most became the producer for all the albums from now till the end of the sixties. This album finds itself preempting the summer of love and the dichotomy of on one hand ‘the Vietnam war’ and on the other ‘free love’ – a difficult balance. But songs like Legend Of A Girl Child Linda with their beautiful string arrangements and perfect melodies and poetic words are inspiring. There are so many great songs, Season Of The Witch for example, although Shawn Phillips also claimed that he wrote it or co-wrote it at least. Around this time in the US, there were problems between Pye in Europe and Epic in the US delaying releases so like The Beatles albums often US albums had different tracks and different covers. Sunshine Superman (1966 in the US reaching No. 11) and Mellow Yellow (1967 in the US reaching No. 14) was an example as these two albums were compiled into one for the UK release in 1967.

The labels seemed to get on the same page with a double album, A Gift From A Flower To A Garden (Boydy’s favourite), in a box that included Wear Your Love Like Heaven for adults and For Little Ones for children (I suppose that was the idea). Both albums were released separately. But the shenanigans continued with The Hurdy Gurdy Man only released in the US. It contained two of his most famous songs, the title track and Jennifer Juniper written for Pattie Boyd’s sister and ex-wife of Mick Fleetwood. It’s the sound of the innocent side of the sixties in one multi-coloured soap bubble. (It’s going to pop, it’s going to pop!!!)

The sixties ended with Barabajagal, it included another famous song, Atlantis, but again it wasn’t released in the UK. Jeff Beck, John Paul Jones, Danny Thompson, Aynsley Dunbar, Ron Wood, Rod Stewart, Nicky Hopkins, Big Jim Sullivan, Harold McNair, Lesley Duncan, and Madeline Bell all appear. Donovan continued to release records into the seventies and there’s a long list but the hits definitely dried up and the world moved on from his story songs about swinging London, war, and beautiful hippie girls in the mixed styles of the day, folky, jazzy or sixties Pop. 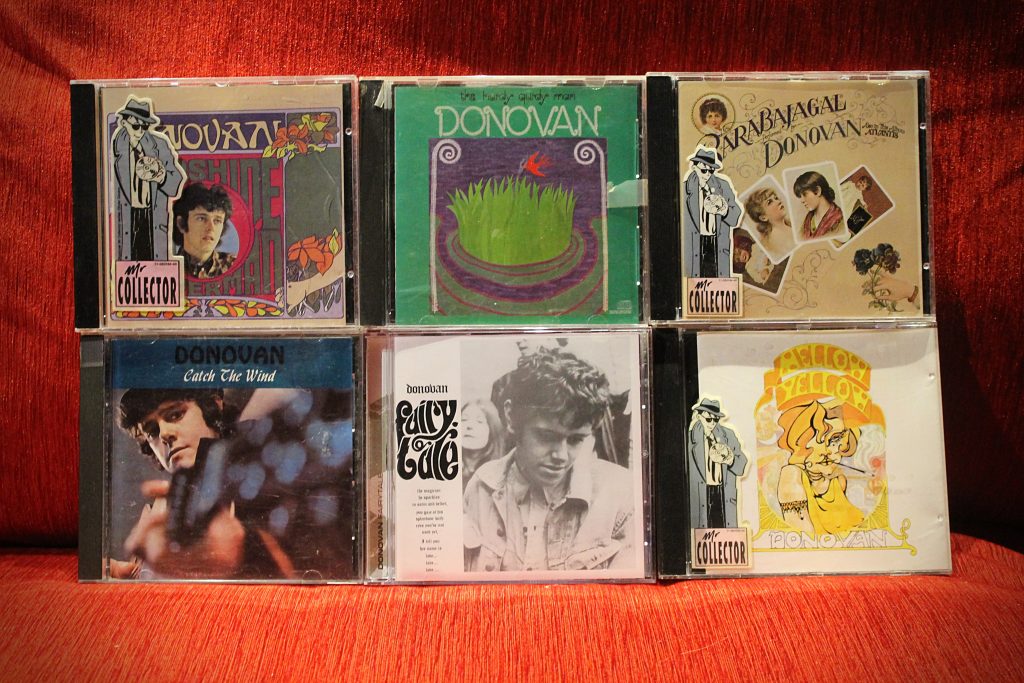 Song Of The Day: It’s not as easy as I thought it would be but here’s Donovan live somewhere where French is spoken singing Season Of The Witch with a three-piece band in the dark.