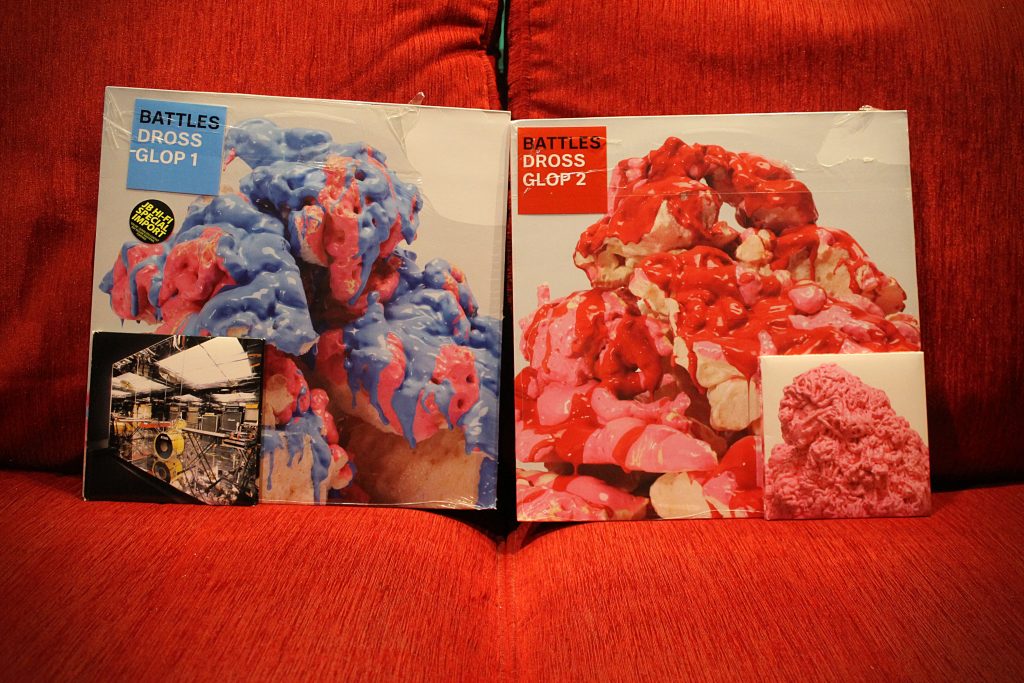 Music today was picked to try and keep me awake so I went to Spotify and listened to the last Battles album Juice B. Crypts (2019) because I knew it wouldn’t allow me to doze off and I hadn’t heard it yet. Last time I thought about this album was when I was in Liverpool with Stuart, The Wild Swans drummer. We’d taken a break from recording and gone to HMV and that was the record he bought. So I listened to it today and I’m not sure, it’s all about the drummer in this band for me and that’s probably why Stuart bought it but beyond him, it’s a little too much space-age fairground for me, too many novelty rides, one squeak too many and the experimentation has turned to the cold machines rather than the souls of the machines.

So I went back to the first album Mirrored (2007) to see what I was missing and once you brush away the experimental sheen there’s definitely something happening then that isn’t happening now. The band were originally made up of four members, John Stanier on drums, Ian Williams on guitar, keyboards, Dave Konopka, bass, guitars, effects, and Tyondai Braxton, guitar, keyboards, vocals. Braxton, son of the great Jazz avant-gardist Anthony Braxton, left after one album and Konopka left in 2018, so down to a duo they seem to be overrun by the machines that they once ruled.

Don’t listen to Battles unless you know what you are in for. It’s like eating snails or oysters, be prepared (or eat mushrooms instead). When they are on or should I say off in a positive way, they are really something. Challenging, yes, creative, yes, experimental, yes, daring, yes, mad, yes and unique, yes but then the genre can leave you behind if you’re not careful. Despite all their trickery and deep knowledge of recording in the modern world, it’s the human side that makes them so good, like Kraftwerk, it’s not the machines, it’s the men operating them and although they are seen as an experimental Electronic/Rock hybrid project, Stanier, Battles’ great drummer, needs the robots to come to the party in their best foil dress. I saw them live once in Sydney and Stanier was something else. On their second album Gloss Drop, they worked with Gary Numan on the track My Machines and when they played it live they had some kind of holographic screen imagery that seemed to bring him onto the stage. Stanier also had a cymbal placed so high it was almost out of reach but every time he hit it, it was somehow dynamic, something so simple.

After Gloss Drop, I also missed La Di Da Di (2015) so I’m listening to that one tonight as well and so far I’m liking it more than the latest album. I guess the latest album gets another chance but I would suggest that you listen to their records in order and if you don’t like the first album, don’t bother listening to the next three, there would be no point.

So if you like Math Rock, image is not on your agenda, intellectuals don’t make you mad and The Residents meets Phillip Glass sounds like a better way to spend your day than with hip bands that are trying to trap success using their credibility as a snare, then you are home. Enjoy, I did.

And if you want to see The Yabba video and hear the recorded version: