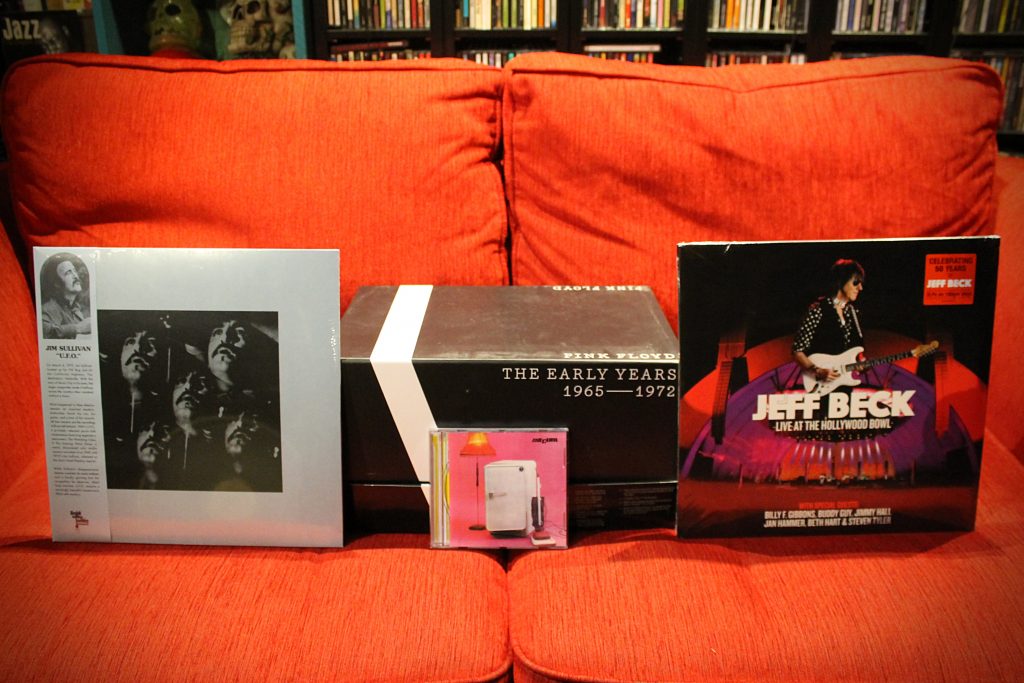 Music today has been a tough choice because I want to play some newer records but as I explained a few days ago, they need more listening time to get a measure of them. So I put on a Spotify random ‘Made For You’ list which I suppose is based on what you’ve been playing and other music connected to the style. But it’s funny that Bobbie Gentry and The Who come up just because they are both sixties into the seventies. How different they seemed to each other then and how much closer they are to each other now, especially when you think of Iggy Azalea…not that many who are reading this probably do. So, Robin Trower came up, Donovan, Glen Campbell, Ten Years After, Pink Floyd and Traffic but this is just one of the ‘Made For You’ options. It seems there are six different ‘Daily Mixes’ and I like this. It means that I can have a New Wave mix, a Soul mix, a Prog mix and a contemporary mix, an eighties mix and I’m not sure what the other mix is (singer-songwriter?), but if I wanted I could have a Hip Hop mix, a Reggae mix, a Jazz mix and even a Classical mix.

Pink Floyd’s Apples and Oranges just came on from the Early Years Box Set that I have that is so vast I can’t get through it even though I’m totally interested. It’s funny, there’s so much amazing music and yet so much of it seems to be buried in obscurity. The enlightened people that read this often don’t know about the music I write about (Stephen Stills’ Manassas just came on). So think of the masses and what they are exposed to, the things they will never hear that they would love if they knew about it. For me and everybody, it’s simply time and with writing and teaching and making records, touring when we can, following the football, buying books and records, there’s not much time left. It’s as if we are too small for the world’s treasures. We can’t take it all in, we can’t store it, we can’t appreciate it all, there’s just too much of it.

Some great old Bee Gees, To Love Somebody, I Started A Joke (Olivia’s favourite). There was a Ry Cooder track from Bop Till You Drop that I didn’t feel like and Snowy White sounding very eighties and David Rhodes sounding disappointing when you look at how well he does as guitarist to the interesting stars. So on this ‘mix’, it keeps on coming back to artists, back on Bobbie Gentry now from The Delta Sweete (great) and Trower, I must listen to a lot of Trower.

Hm, but it keeps on going back to that Pink Floyd box set, this is great it’s actually getting me to listen to it, to delve into it, discover unreleased and rare tracks, live shows, radio shows, different takes, different mixes (Childhood’s End from Obscured By Clouds, 2016 remix) – great! Now it’s started repeating all the artists I’ve already heard a little too much…so choice time.

The reason I put on a ‘mix’ is to give myself a hint about what I want to hear. So it’s Pink Floyd – The Early Years but of course, Spotify has it all mixed up so when I punch it in, it just shows one album from the box. Spotify is amazing and terrible, there’s the royalties debacle of course but then there’s this really annoying thing where they’ll put the reissue date of an album as the release date instead of the date the album was originally released. How can they have staff in there that don’t know these things? Is it because they don’t have enough age spread in the offices? There should be people from every decade with their era’s knowledge, obviously.

What is it about sizeable chunks of different generations that don’t appreciate each other’s contributions?

Song Of The Day is A Saucerful Of Secrets at Kralingen Music Festival. Approximately 150,000 attended. Festival posters show that the festival was billed in Dutch as ‘Pop Paradijs’ and ‘Holland Pop Festival 70’.