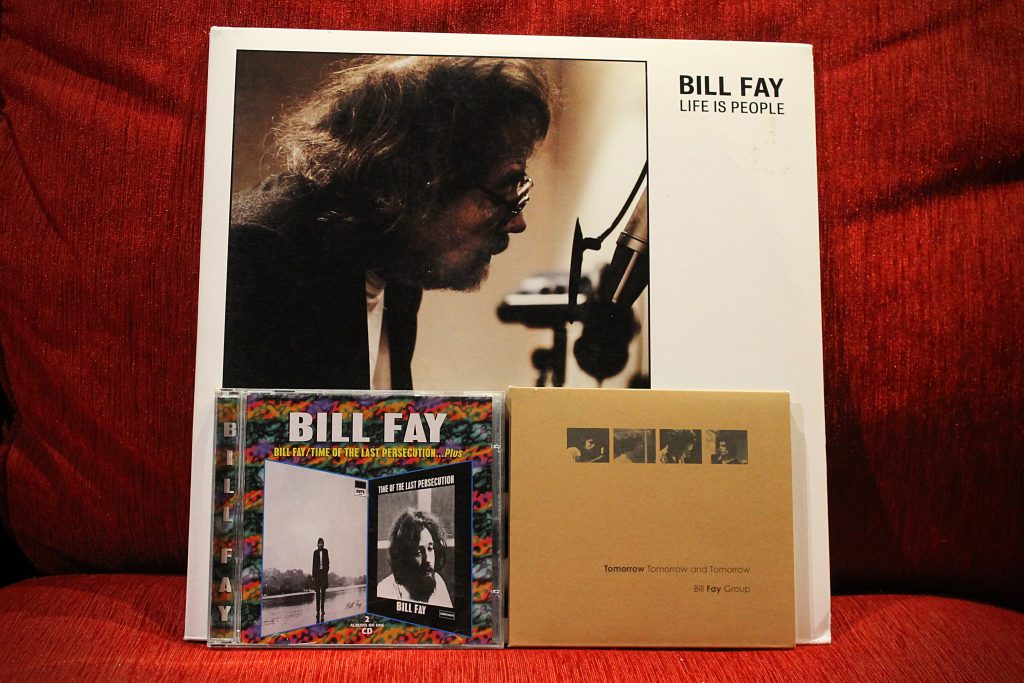 Music today found Bill Fay’s comeback record Life Is People (2012) which was his first album of new material since Time Of The Last Persecution released in 1971, that’s 41 years. What happened? We’ve been through this before with Emitt Rhodes and Bill Withers who simply walked away from music and of course Mark Hollis – all of whom have died recently. Thankfully Bill Fay is still alive and has released two more albums since Life Is People – Who Is The Sender? (2015) and Countless Days (2020). He is a singer-songwriter and a pianist and I haven’t found much information as to why he disappeared except to say that in his own mind he was gone. Only a resurgence in interest, him achieving a cult status and other artists recording his songs have brought him back from the dead – now please don’t die again. Marc Almond, Jeff Tweedy from Wilco, Okkervil River, The War On Drugs, pianist Robert Howard, A.C. Newman and Current 93 have all recorded his songs.

So what’s he like, well, he’s mellow, lyrical and missing from your record collection. But you may want to go way back before Life Is People and listen to his self-titled debut from 1970. He reminds me of Northern Irish singer David McWilliams which explains the Marc Almond connection (he covered McWilliams’ The Days Of Pearly Spencer). It’s some kind of Progressive Pop Folk with orchestra, wait till you hear The Sun Is Bored!

It was actually three years before that he released the debut single Some Good Advice backed with Scream In The Ears, a nice slice of 1967 and the Psychedelic period, you need the CD of this album just for these two songs. So I have those first two albums on one CD with the bonus single tracks. Sadly, after (the less orchestrated) Time Of The Last Persecution (1971) failed to sell he was dropped from Deram and that was that. But there is one more album, Tomorrow, Tomorrow and Tomorrow which was released in 2005 and contains unreleased late seventies recordings.

It seems that Bill Fay lost faith, lost confidence and when he was dropped by Deram in 1971 he just presumed it was all over and he moved on to another life. Well, he’s back with three new albums in the last eight years and whether you start with the later ones or the earlier ones you are definitely going to find something worthy and something thoughtful from a resurrected man.