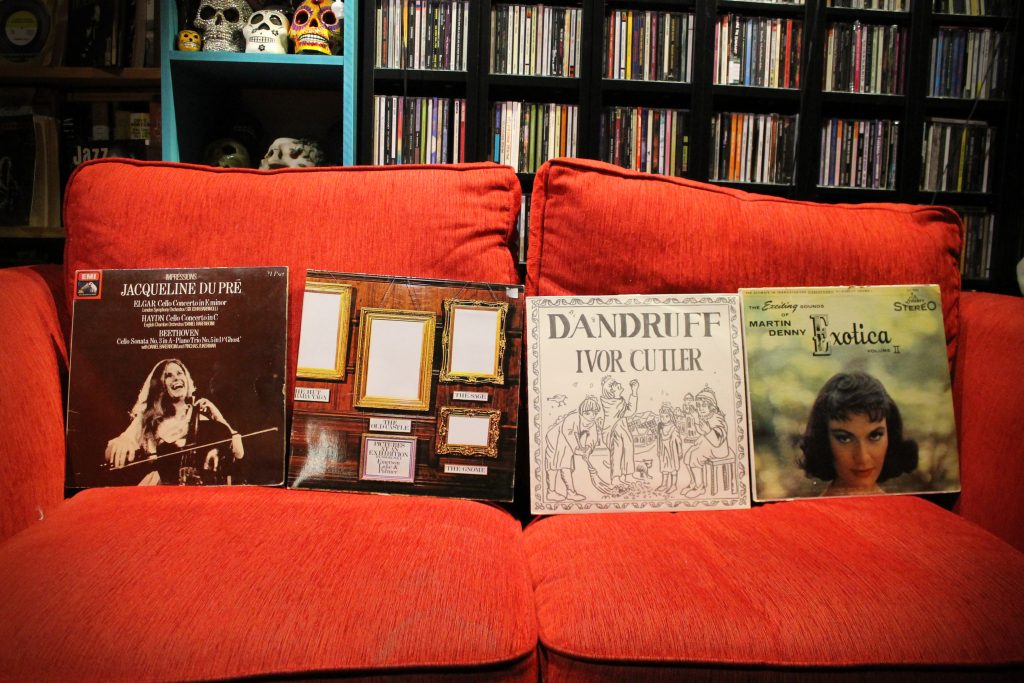 Music today has taken me to the Classical world and a double album of cello concertos, a cello sonata and a piano trio. But before I tell you what it is you are probably wondering what is the difference between a concerto and a sonata? Well, here’s the answer and more:

The tragic story of the cello genius Jacqueline du Pré is well known. At the age of 28, her musical career was over due to Multiple Sclerosis and although she lived 14 more years, she died at the age of 42. Considered one of the all-time greatest cellists she left behind a body of work part of which I listened to tonight.

Beethoven Cello Sonata No. 3 in A – Piano Trio No. 5 in D ‘Ghost’
With Daniel Barenboim and Pinchas Zukerman

So how do you follow Jacqueline du Pré? The answer was simple, Emerson Lake & Palmer’s Pictures At An Exhibition, the music of Mussorgsky arranged by Keith Emerson and played live at Newcastle City Hall in 1971. It’s incredible to think that an ambitious project like this might be enjoyed by a large enthusiastic crowd of YOUNG PEOPLE. Glam was on the way but at this point, the Pop world was still transitioning from the sixties into the seventies. The Progressive genre was capturing the minds of the bright young things as they grew their hair and listened intently to this complex music played by an unlikely cast of three, including a mad virtuoso keyboard player dressed in leather, looking like a warrior rebel who would dazzle the crowds with his skills whilst thrusting a dagger into the keyboard (Keith Emerson, ex The Nice), a singer, bass player, guitarist with a sweet voice (Greg Lake, ex King Crimson) and a drummer that defied rhythm logic (Carl Palmer, ex Atomic Rooster).

To say they had a vision would be an understatement and this album, their third, had them entertaining Classical music inspired by/taken from Mussorgsky’s ten piano pieces (“painting in sound”) interspersed with their own material, including Greg Lake’s The Sage, redolent of King Crimson from whence he came. So who was Modest Mussorgsky? Well, he was a Russian composer born in Russia in 1839 and died in 1881 at the age of 42, coincidentally at the same age as Jacqueline du Pré but from self-imposed alcoholism. The young open-minded audience loved this music, passionate, skilful, dynamic, but it was to listen or shake your head to, you certainly weren’t dancing to it. Emerson Lake & Palmer were huge. I saw them at the Liverpool Empire in the mid-seventies during their Brain Salad Surgery tour.

From the sublime to the ridiculous, humorist, poet, singer, songwriter and professional Scot Ivor Cutler is something that only eccentrics might wish for. It’s hard to describe but his album Dandruff (1974) released on Virgin Records after an appearance on Robert Wyatt’s classic Rock Bottom led to his Virgin deal. It is, of course, absurd, silly, brilliant, surreal and if you haven’t heard the sad story of “Fremsley” then your life is not complete. It makes The Residents sound like Maroon 5. The previous album, Ludo (1967), was produced by George Martin who was, of course, EMI’s in house comedy producer when The Beatles came along, it’s probably what made him the right man for the Beatles job.

Martin Denny’s Exotica series was latterly hip lounge music for Tiki party goers and lovers of the Tiki culture but in the fifties, these records topped the Billboard charts. They have become famous for the album covers, the first 12 albums featured model Sandra Warner who changed her looks depending on the mood of the album. I have quite a collection of these records, this one, Exotica Volume 2, was released in 1958. What does it sound like? Well, sometimes there’s frogs, other times parrots, but always exotic instruments, percussion and piano, perhaps double bass, vibes and the occasional cicada.

A documentary about Jacqueline du Pré:

Emerson Lake & Palmer – Pictures At An Exhibition, recorded at the Lyceum Theatre in December 1970.

Ivor Cutler – Looking For Truth With A Pin: