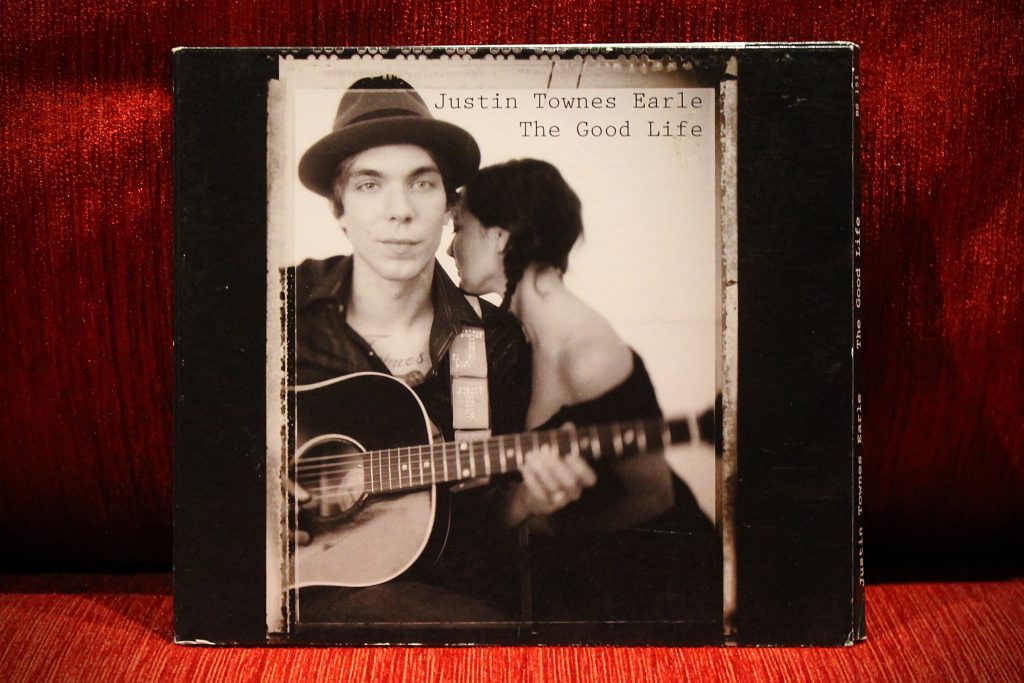 Music today reflects on the loss of Justin Townes Earle at the age of 38. I have just one CD, his first full album, The Good Life (2008). It’s been called Urban Americana, he has one foot in Country, one foot in Blues and his third foot in Folk and that’s the place where I like what he did, songs that didn’t incorporate that basic Country sound, just songs, like Who Am I To Say and Lone Time Hill on his debut. It such a sad story, a life of addiction and leaving behind a 3-year-old daughter (as I write the cause of death hasn’t been announced). He was the son of Steve Earle who has also struggled with addiction (I read that his dad has been married 7 times, twice to the same woman, yikes!). It wasn’t an easy family to grow up in for Justin who was apparently into drugs at age 12. He was middle-named after the legend that is Townes Van Zandt who died with his demons at the age of 52.

I saw Steve Earle live once, he was the guest of Patti Smith and I really liked him. I have his first four albums and a CD collection of odds and ends called Side Tracks. He’s one of those artists that is great but I’m not really into the genre he’s put into. Like Prince, there’s tracks I really like and tracks that I’m not into in the genre. His first album was Guitar Town in 1986 which went straight to No. 1 on the US Country chart (89 on the Billboard chart). It was followed by Exit 0 in 1987, No. 15 on the Country chart (90 on the Billboard chart). He slips between the cracks somewhat. He’s a bit too Country for Rock fans and a bit too Rock for Country fans. He’s what they call Alternative Country, maybe he’s modern rebel Country? It doesn’t mean he doesn’t have a large audience, he does.

Then in 1988 came Copperhead Road, No. 7 on the Country chart (56 on the Billboard chart). The first album by him that I really liked song and singing wise. There was something different about it, I’m not quite sure what. I think it was simply rockier but like Springsteen the traditional songs aren’t that interesting to me, it’s when he breaks out of the genre that I like it. On Johnny Come Lately he has The Pogues and although Earle’s voice is powerful and expressive I’m waiting and waiting for Shane MacGowan’s voice but it never comes (he plays banjo and bodhran instead). He loses me again halfway through the album but the eighties drums pretty much ruin the whole thing. Last but not least on Side 2 there’s a duet with Maria McKee but well, it’s a Christmas song and it ain’t no Fairytale Of New York. If this record was made in the seventies or post-nineties it would be really something whether you like the genre or not.

The Hard Way (Billboard No. 100) released in 1988 suffers the same fate as Copperhead Road with drums that I just can’t ignore, I’d love to remix these albums with a different drummer or at least try and do something about the sound and where they are in the mix and then you’d actually have me liking Country Rock. I suppose I need to investigate his later albums as the people who made drums sound that way in the eighties have since been banished to a distant moon in another galaxy where intergalactic snare drums and toms are the thing. 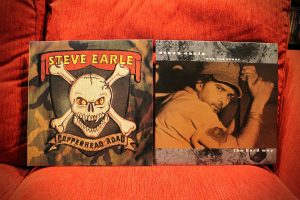 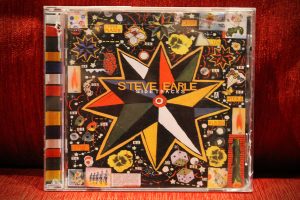 My favourite album by Steve Earle (so far) is the compilation Sidetracks released in 2002. It’s a mix of songs which Earle explains as coming from different times and recorded for different reasons, he calls them “Stray Tracks”. There’s a crackin’ version of Lowell George’s Willin’. There’s Breed from Nirvana’s Nevermind, The Chambers Brothers’ Time Has Come Today with Sheryl Crow, The Slickers’ Johnny Too Bad (from the Jimmy Cliff soundtrack The Harder They Come) and Dylan’s My Back Pages as well as a varied selection of solo songs. It’s eclectic, avoiding genre categorisation and those horrible drums, it’s the best thing I’ve heard by him – so far.

Song Of The Day is Mama’s Eyes (Justin Townes Earle) from the 2009 album Midnight At The Movies. This video was filmed within the Marathon Motor Works complex in Nashville on February 17th, 2016: