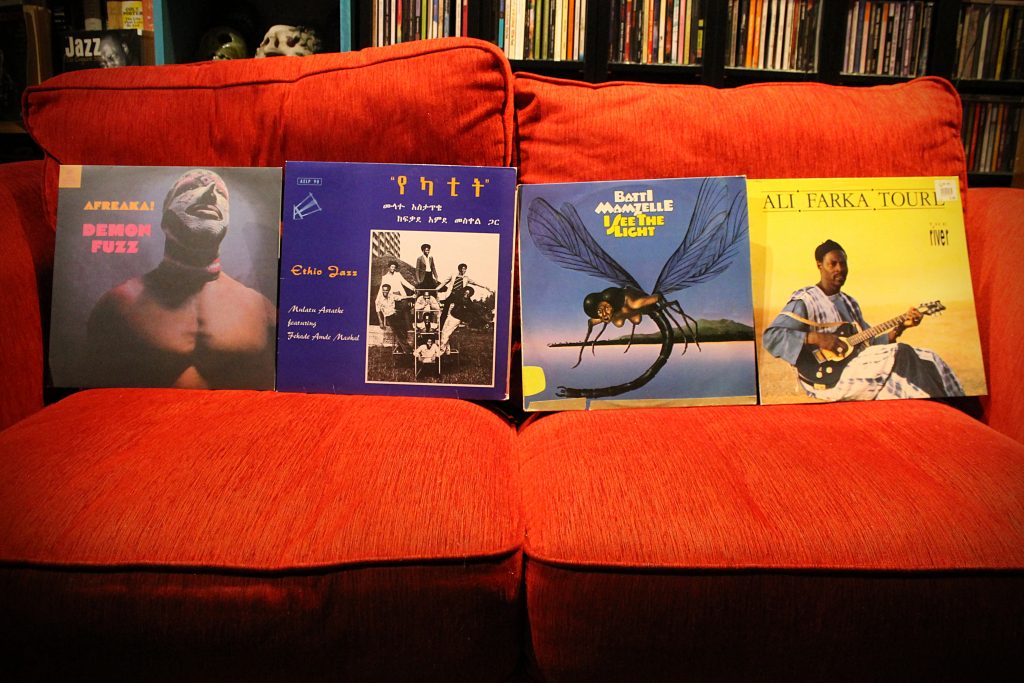 Music today was directed by the part of the archive I was trying to organise and that was the World Music section and that meant Demon Fuzz and their album Afreaka, released in 1971 and recently reissued through Music On Vinyl, jumped into my hands and demanded to be played. Lots of organs and bass lines but with singing and brass that has you a little confused. Is it Afro-Rock, Soul, Funk or Progressive Rock and of course it’s all these things, add in some sixties, a bit of Ska, some Reggae and some Jazz there you have it, clear as day. There’s also singing in between all the instrumental bits by Smokey Adams. The band were immigrants from Africa living in London in the late sixties and getting involved in the music scene. Great album, gotta have it.

Mulatu Astatke is the father of Ethio-Jazz. This instrumental masterpiece with Astatke’s jazzy electric pianos also features Fekade Amde Maskal’s on tenor sax and flute. Mogus Habté also plays tenor sax, with Yohannès Tèkola on trumpet, Andrew Wilson on guitar and wah-wah guitar, Giovanni Rice on bass and Tèmarè Harègu on drums. Can you imagine having a name with three accents? This is another great album recorded between 1969 and 1974.

You don’t expect to hear seventies Trinidadian Jazz Funk with vocals and steel drums. Then again you don’t expect to listen to a band called Batti Mamzelle (not on Spotify by the way). Apparently John Peel was a bit of a fan but they only made one record and it found its way into my record collection because of the crazy name and the crazy cover art.

Not for everyone this one, mind you what is?

Last record of the night is Ali Farka Touré’s The River (1990), a mixture of music from Mali with American Blues but as you can see, there’s a mix of instruments, some no doubt you’ve never heard of. Innovative, unique, a special guitar player. Essential.

Song Of The Day is Ali Farka Touré live @ the Watermans Arts Center 1988: