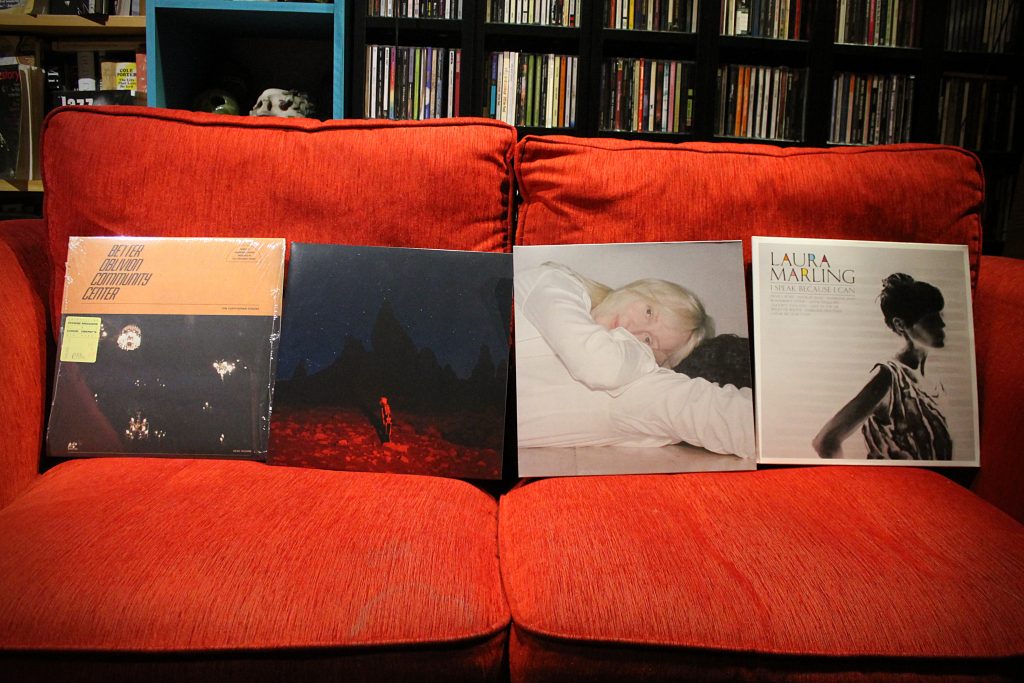 Music today has had me finally approaching the newer records I’ve recently bought but because I don’t know them yet it’s hard to say much about them. So all I can do is draw your attention to them and give you first impressions, like “great” and “really good” and “cool”. So the first album I opened up was the collaboration between Phoebe Bridgers and Conor Oberst, a band that they’ve called Better Oblivion Community Center (American spelling) released in 2019. I’m a Phoebe Bridgers fan and like Oberst too (Bright Eyes) and first impressions of this album were “great” and “really good” and “cool”. Haha. I played it twice and I like the atmosphere a lot and the lyrics and will be playing it again soon.

I followed it with Phoebe Bridgers’ latest album Punisher (2020) which I also played twice and it was…ok, I’m not going to say it! I’m a fan of her voice, her words, she has sensuality about her, a fragility, there’s something very thoughtful about her records and I’m looking forward to getting to know this one better. I have the first one, Stranger In The Alps (2017). I liked it so much that I bought it first on CD and then had to have a vinyl copy too.

Next is Laura Marling’s new album, Song For Our Daughter (2020), here we go. If she’d been around in the early seventies, she’d be a legend by now. Her beautiful voice, sophisticated songs, stories and feelings from the inside expressed so succinctly. I’m just on the second listen but this first track Alexandra is really lovely. At the age of 30, she has already released 7 solo albums plus the LUMP album collaboration. The wonderful thing about her not being around in the early seventies is we have decades left to appreciate her, if only I did. The second track sounds like Bread, yes Bread. “Great” and “really good” and “cool”. Sorry.

Well, one Laura Marling album simply isn’t enough, so I’m going back to her second album, I Speak Because I Can, released in 2010. This was the album for which she won the Brit Award for British Solo Artist. So please investigate her, I can’t tell you any more, I have to go and find a place to sleep because tomorrow is the first swimming day in 6 months and for me, it’s an early rise. Enjoy.

So as Dylan Thomas got married in the building next door, Better Oblivion Community Center’s Dylan Thomas might just be the track: