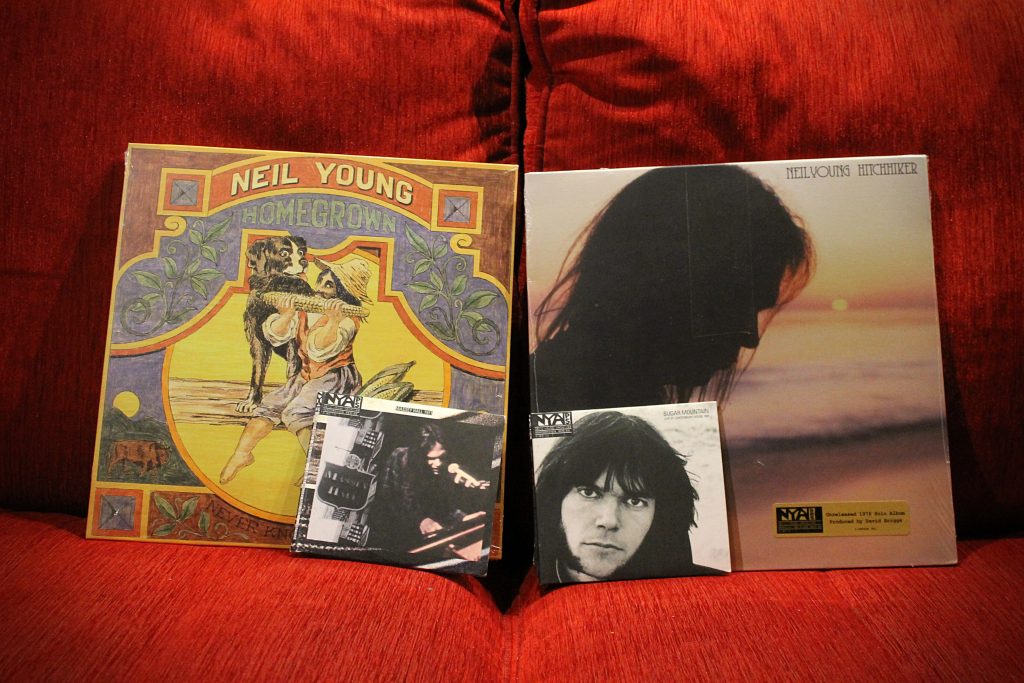 Music today started with some Spotify surfing, I listened to Alanis Morissette’s new album Such Pretty Forks In The Road, optimistic, and it started well but I was disappointed and won’t buy it for the archive until I can find a second-hand copy in the coming months. It sounded more like pretty forks in the middle of the road. I pressed on Made For You on Spotify and Julian Cope, Kate Bush, The Frazier Chorus, The Waterboys, Bill Nelson and Phil Manzanera came up. What usually happens is one track comes up that makes you want to listen to a whole album but this time, no, so I wondered what new albums or reissues had come through the door and then I knew.

Neil Young’s Homegrown was released on June 19th 2020 but it was recorded between June 1974 and January 1975. It might have been released except the material was backing up and Tonight’s The Night recorded in 1973 was in the can and unreleased. This from Wikipedia:

If you are a fan of the early to mid-seventies Neil Young this is for you – another snippet from Wikipedia:

Young has said that “Homegrown is the missing link between Harvest, Comes A Time, Old Ways and Harvest Moon”. The songs are quite personal and reveal much of his feelings on his failing relationship at the time with actress Carrie Snodgress. “It was a little too personal…it scared me”.

It’s been hyped up as a classic missing record but it’s no Harvest or After The Goldrush but still, great to hear some original material from then with the same vibe.

And then there’s Hitchhiker recorded on August 11th 1976, acoustic, and released on September 8th 2017. A lot of these songs found their way onto different albums in different mostly electric forms, including Rust Never Sleeps, American Stars ‘n Bars, Le Noise, Comes A Time and Hawks And Doves. Again, if you’re a fan of his mid-seventies acousticy side you have to have this but at the same time they’re interesting, sometimes great but unlikely to blow your mind like Harvest or After The Goldrush did.

But if you want to find a couple of early Neil Young records that are really great, go for Live At Massey Hall 1971 and Sugar Mountain, Live At Canterbury House in 1968. They both come with DVDs. Great acoustic performances that have all the magic you need.