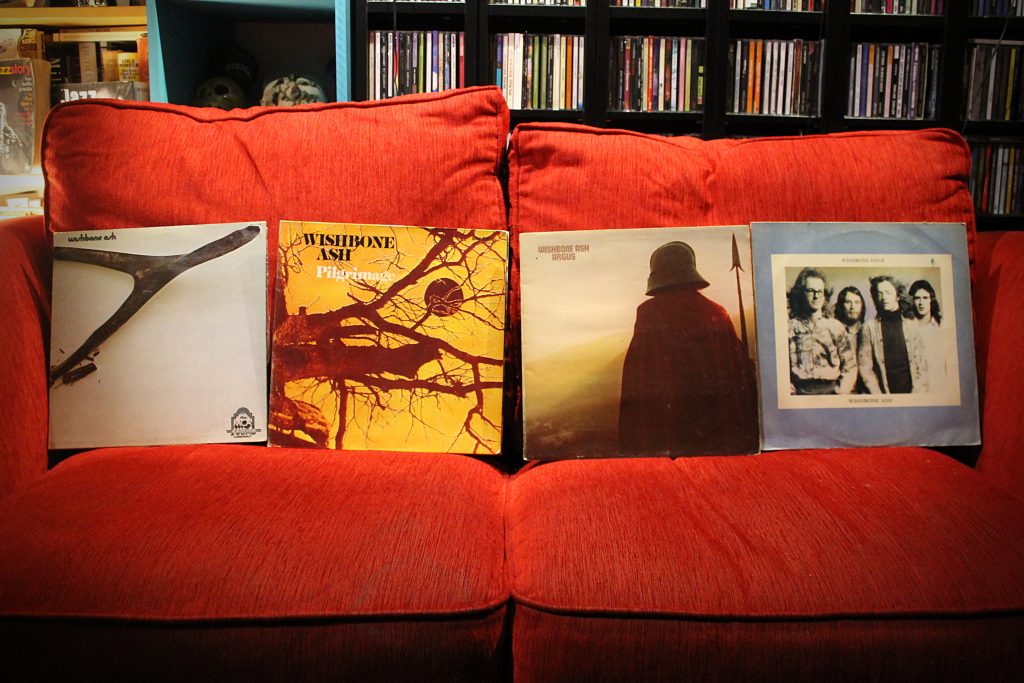 Music today had me craving some guitars so I went for the first four Wishbone Ash albums. Self-titled (1970), Pilgrimage (1971), Argus (1972), Wishbone 4 (1973). They weren’t aggressive enough or beautiful enough or original enough to break out of their fan base but as a fan who saw them twice in the seventies in Liverpool at the Empire, I’ve always thoroughly enjoyed their music, melodic, long sweet guitar solos, real songs. The two times I saw them they had different lineups. The first time was the original lineup with Martin Turner, Ted Turner, Andy Powell and Steve Upton, the second time Laurie Wisefield (from Home) had replaced Ted Turner.

It’s the same with Yes, the band with an original member (Jon Anderson) can’t just use the name Yes but Steve Howe’s can just be called Yes, I guess he must have been the last man standing but he’s not an original member – Jon Anderson is. Howe and Alan White in ‘Yes’ played on the classic albums Fragile and Close To The Edge. In the ‘Yes’ with Jon Anderson, it’s Anderson with Rick Wakeman and Trevor Rabin – Anderson and Wakeman were also on those two classic albums, but they also have Trevor Rabin from the Owner Of A Lonely Heart lineup, confusing, silly. I hung out with Chris Squire a couple of times before he died, once at the Rickenbacker 75th anniversary show, where we were both on the same bill and another time at the infamous Rainbow in LA. He was sitting at a table with original keyboard player Tony Kaye. At the time Anderson, Wakeman, Bruford and Howe had just released an album. I asked him how come they weren’t calling themselves Yes? – “Because I own the name,” he said in a rather brusque manner. Sadly the name often seems to matter more than music.