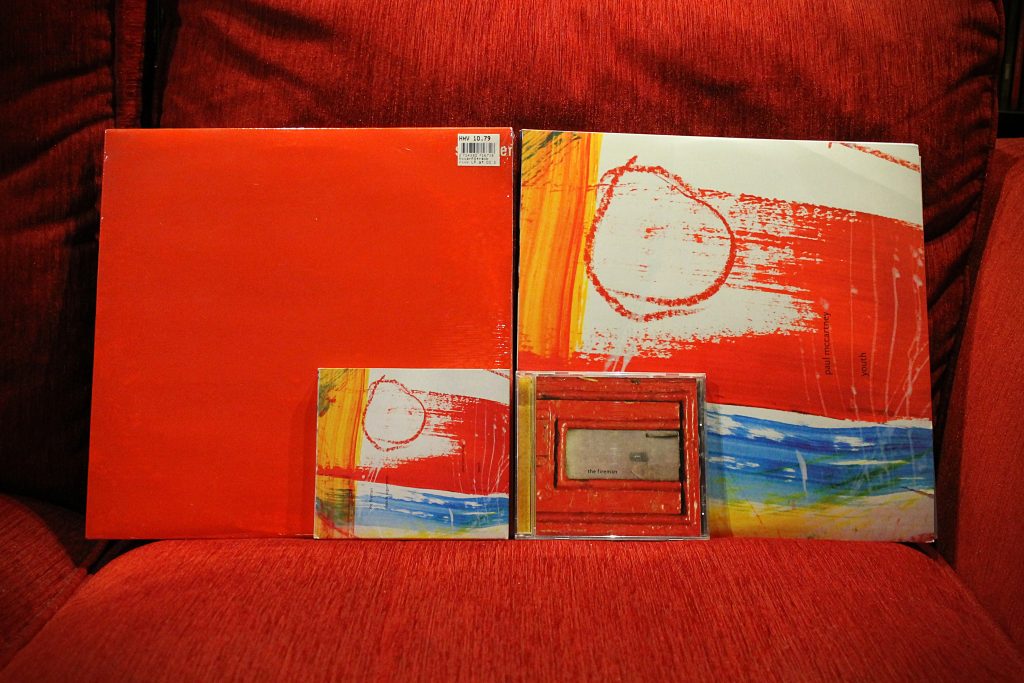 Music today has been Paul McCartney’s three Fireman albums starting with Strawberries Oceans Ships Forest from 1993 which my friend Derek sent to me today as a donation to the archive (Thank You, Derek). At this point, McCartney and his collaborator Youth had not admitted to being The Fireman although it seems it wasn’t the best-kept secret. This first album is a kind of pulsating trancy electronic instrumental record with tracks averaging around 8 minutes in length. It’s an odd beast that seems to repeatedly bang on with the same idea, one might say it’s very 1993.

Rushes is different, it’s more of a charming instrumental album with synths and sitars and all kinds of exotic moods and atmospheres, a very pleasant listen released in 1998, it was 10 years till they went public with their third album, Electric Arguments. Rushes might have been more like something George Harrison would have released if he’d not had his mind set on – more commercial sounds. Fluid and others sound like Mike Oldfield. This is why McCartney is so frustrating because he’s so able to create on any level.

Electric Arguments is a long way from Strawberries and I suppose Rushes is the link. The moody quality extending into a sometimes very moody vocal record. It sounds very much like McCartney doesn’t care what anybody thinks and consequently, with this attitude, I believe he makes better records. Egypt Station being a major disappointment because it’s come from someone not just with his talents but with the imagination to make something great – when he tries. It’s actually hard to understand why he makes the tame albums because that audience, the audience that would like those kinds of records only want to hear The Beatles and Wings hits anyway. Imagine seeing McCartney playing the interesting newer stuff instead in a smaller venue with the show advertised as only the odd stuff. But they all do it, Gilmour does it, Robert Plant tries a little harder but live he seems to think he owes the audience something. I remember hearing a Bowie interview where he was suggesting that playing The Bewlay Brothers just wouldn’t work, well it would have worked for me, a lot more than the godawful Modern Love. What these artists don’t understand is that they only owe the audience one thing – to keep it interesting. Are they so in love with playing mega stadiums all the time? I don’t believe they can be, faceless, no connection between McCartney’s soul and their senses, just a nostalgic sea reliving the legacy. How about this, mega stadium tour every 5 years, great, all the classics but in between a smaller tour where there’s more songs from Chaos And Creation In The Backyard or Driving Rain and The Fireman albums and leave the hits alone, leave them for that audience. Of course, we love hearing We Can Work It Out and Penny Lane and, you know, the 150 other classics but what we really love is when you are creative and interesting and thought-provoking like Travelling Light, Is This Love? and Don’t Stop Running from Electric Arguments – I know you can do it, Paul, come on!

Song & Show Of The Daze