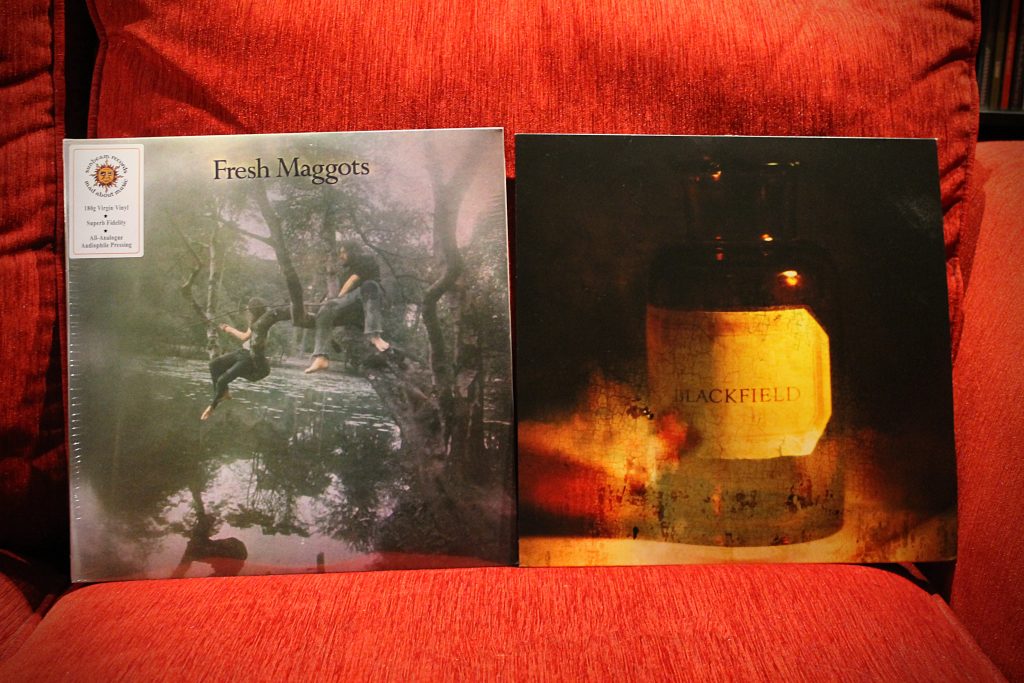 Music today comes from the uniquely named Fresh Maggots, a duo consisting of Mick Burgoyne and Leigh Dolphin from Nuneaton in Warwickshire. Their one and only album was released in 1971 and this is why I’m grateful for the resurgence of interest in vinyl as Sunbeam Records have re-released it as a double album with extra tracks. It would be impossible to find otherwise unless you have a spare £1000 and then it wouldn’t be a mint copy. But what’s it like? It’s early seventies 12 stringy, flutey Folk that sounds a bit like The Incredible String Band but not as mad and with fuzzy guitars. On Frustration, the final track, they are joined by frenzied strings. It’s the same school as Tyrannosaurus Rex but not as cosmic. Highly recommended, but it depends on what you like.

The first Blackfield album (2004) arrived in the post yesterday and I don’t need much of an excuse to play either this or the second album. The collaboration between Steven Wilson and Aviv Geffen has given the world some lovely pastoral string-heavy Progressive Pop. Guitars, pianos, melodies and some thoughtful songs, moody, catchy, it’s intelligent Easy Listening. Highly recommended, but it depends on what you like.