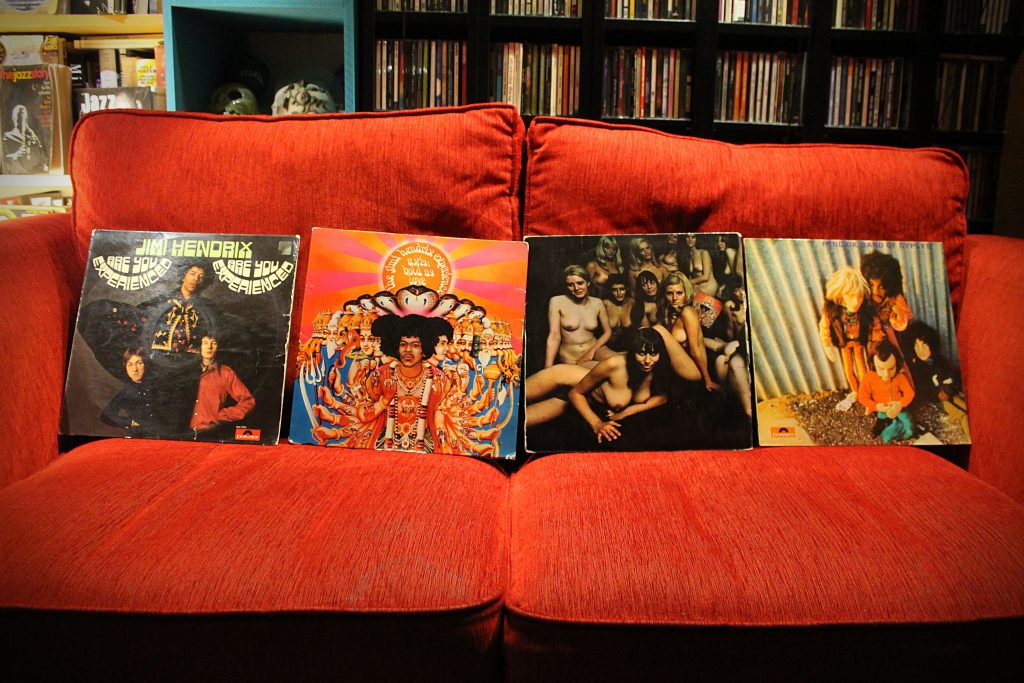 Music today is to honour the anniversary of the death of Jimi Hendrix. In his short life, Hendrix only made three officially released studio albums, Are You Experienced (1967), Axis: Bold As Love (1967), and the double album Electric Ladyland (1968). Everything else was either as a sideman, live, from a soundtrack or posthumous. It’s really incredible that there has been so much Hendrix music released considering. These three albums were released in May ’67, December ’67 and October ’68 making Hendrix’s total studio output an action-packed 18 months with the live Band Of Gypsies released in March 1970. Like The Beatles it’s not really necessary to wax poetic about the legend, it’s simply reminding you to make today the day you listen to the records.