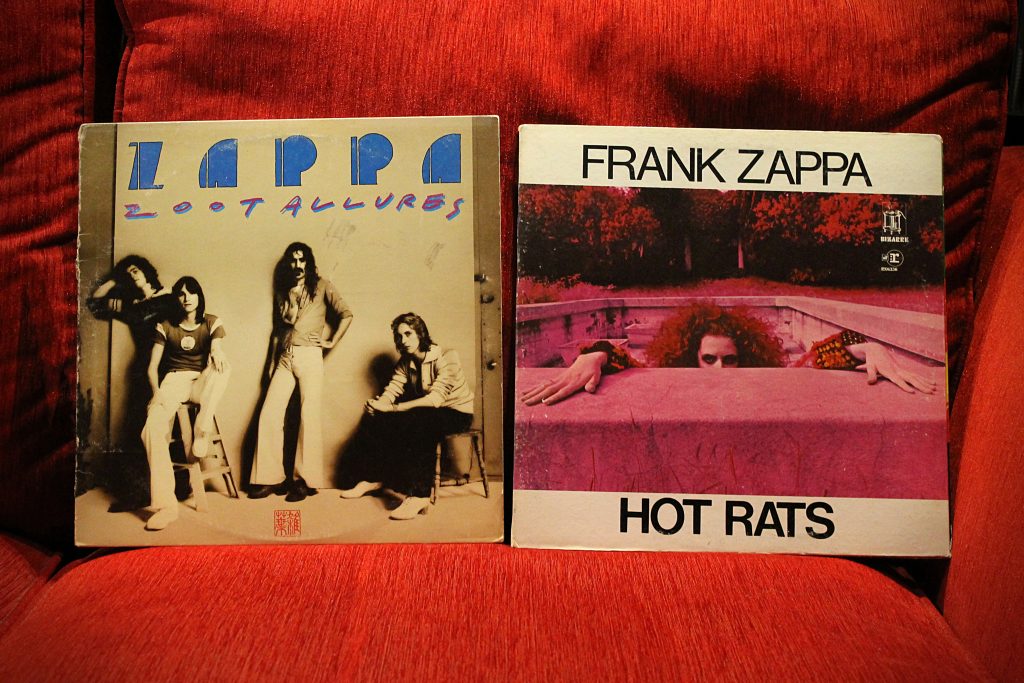 Music today has been the polarising Frank Zappa, too smart for his own good, unable to take anything seriously whilst being absolutely serious and a challenge across the hundreds of albums he has released and unreleased. Zoot Allures, released in 1976, starts with Wind Up Working In A Gas Station but soon guitar lead heavy Black Napkins and the great The Torture Never Stops take over. This is where I get to tell you about something you’ve probably never heard of that relates to this album, incidentally the only Zappa album released by Warner Brothers.

Xenochrony is a studio-based musical technique developed at an unknown date, but possibly as early as the early 1960s, by Frank Zappa, who used it on several albums. Xenochrony is executed by extracting a guitar solo or other musical part from its original context and placing it into a completely different song, to create an unexpected but pleasing effect. He said that this was the only way to achieve some rhythms.

The dubious subject of Ms. Pinky with some Captain Beefheart on harmonica but although the list of musicians that sang and played on this album is long. Zappa plays all the guitars, bass on 4 tracks, synths and keys and lead vocals on 5 tracks. Terry Bozzio plays drums. Find Her Finer (more Donnie on harmonica), like most of Zappa’s lyrical content, always entertains the philosophical:

According to the song, Zappa feels the best way to win a girl over is to show that you are less intelligent than her. His reasoning for this is that women do not care for smart men, but instead a romantic. This parallels the stereotypical belief that men prefer unintelligent women.

More mad guitar on Friendly Little Finger, I wonder how this music sounds to the modern teenager – the lyrics, the parodies, the skills, the politics, the absurdity, the humour, the technique, the out there arrangements, the visions.

Wonderful Wino is next with that voice, those words, they either make you smile or cringe. I met his daughter Moon a couple of times, I’ve seen Dweezil live three times, the last time seeing him perform Hot Rats in Manchester, plus a long complex set of Zappa’s music. I was in Berlin in the seventies outside the Deutschlandhalle, listening, too poor to get inside to see him.

The title track is next, it’s intelligent gas. The final track, Disco Boy, well what can I say, the man’s a genius.

The amazing Hot Rats, you can discover for yourself, take the opportunity now whilst you are being reminded.