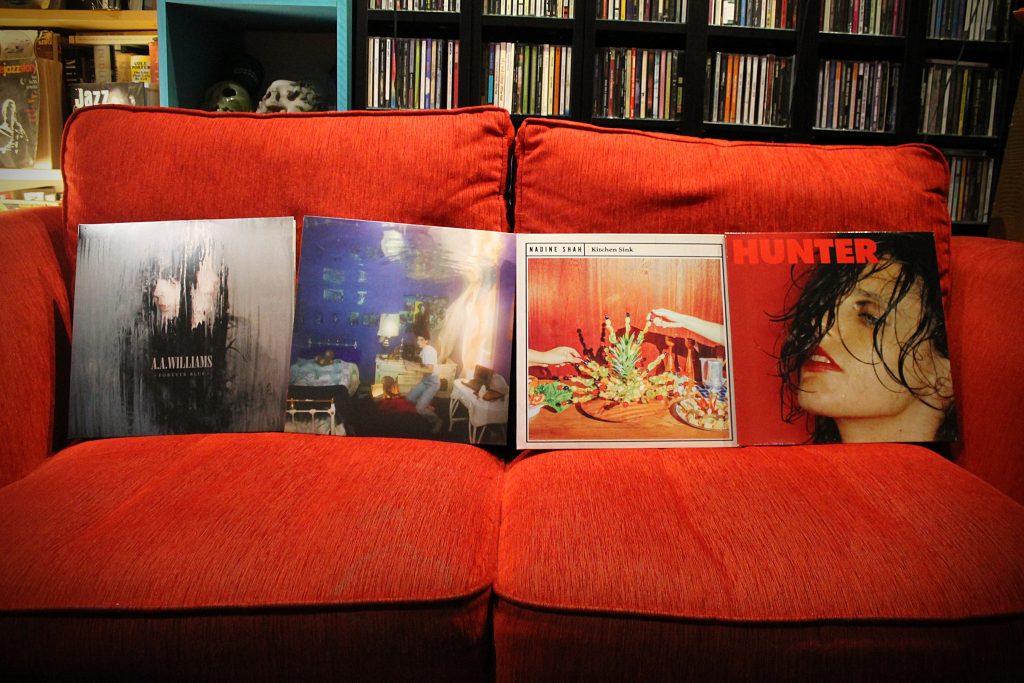 Music today comes from the talented A.A. Williams. Cellist, pianist, guitarist, singer-songwriter and another Bella Union signing. Heavy, sensitive, thoughtful, brave, dark, her debut album Forever Blue (2019) is really something. Too new for a Wikipedia page whilst being reviewed in the Guardian and the Financial Times? What can you say about an artist whose debut album’s opening track is entitled All I Ask (Is To End It All). Have a look at the links to see what people say.

Weyes Blood released Titanic Rising in 2019, it’s her fourth album and the first on Subpop. Her first two EPs were self-released and are very hard to find and expensive. I have the last three albums and her voice and retro mood make her a contender for the “if she’d been around in the seventies she’d be a legend” prize. My only criticism of her work is that the drums are the feel and sometimes they don’t make it, I don’t want them loud, I just want them to have that feel that the legends of the seventies had, where’s Kenny Buttrey when you need him? She tries to keep the drums low in the mix but machines can’t hide. Often compared to The Carpenters’ Soft Rock, the difference – Karen Carpenter was a drummer, she knew things.

Nadine Shah’s latest album Kitchen Sink, her fourth, was released on June 26th and I’ve followed her from her first album, this is the first chance I’ve had to listen to it where it felt right. She’s an intriguing mix of cultures and ideas. A Pakistani father, an English mother with Norwegian blood and growing up in South Shields in the North East. All that can only give you a unique perspective on the norms of the universe. I like her voice, the urgency in her music, the lyrics are smart and observant and with her collaborator Ben Hillier she makes original albums that make me think she’s a younger distant cousin of Johnette Napolitano.

I’m such a fan of Anna Calvi, I even interviewed her once in Stockholm and saw her play there. Olivia and I saw her twice in Germany (Frankfurt and Cologne). Her voice is incredible, the story is that she hid herself away until she could really sing and wow can she sing! She plays a mean Fender Telecaster but people are more excited about her going nuts with the guitar and thrashing at it than her actual skills. She also plays the violin but not anymore, she’s on another trip at the moment and I like it. Her latest album is called Hunter (2018). There’s also Hunted which is some kind of remix with guests. Citing Bowie, Scott Walker and Nina Simone as influences…what are you waiting for?

This is the only video that I didn’t find distracting. I like music, not videos.