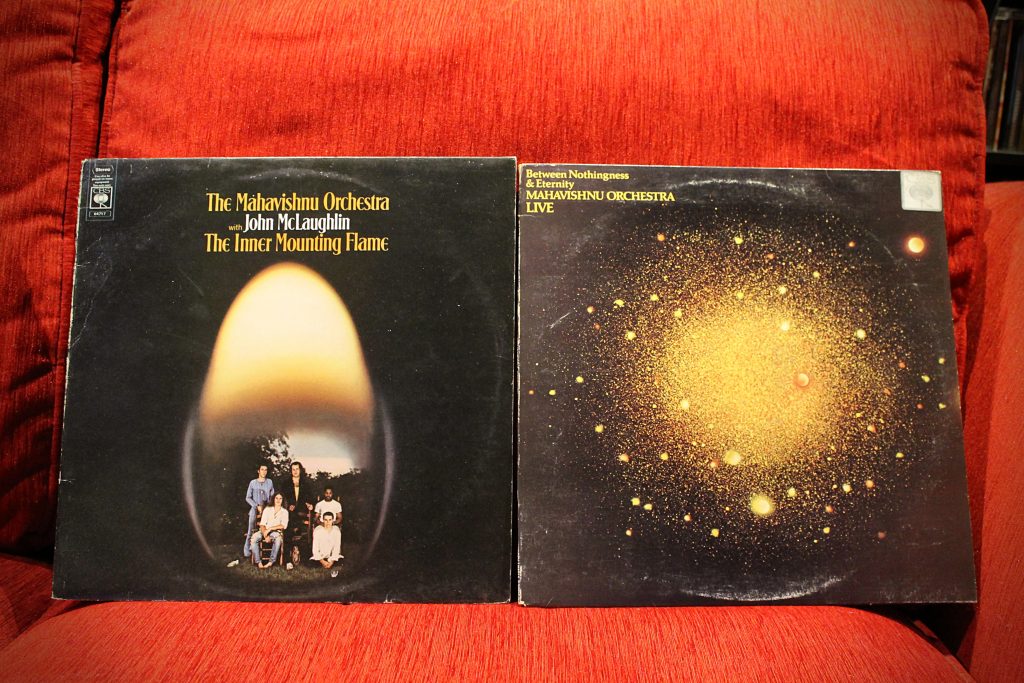 Music today went Fusion, Mahavishnu Orchestra released The Inner Mounting Flame in 1971. The band was led by guitarist virtuoso John McLaughlin with Jerry Goodman from The Flock on electric violin, jazzer Rick Laird on bass, the legendary Billy Cobham on drums and multi-musical collaborator, film composer and the man that composed the theme music for Miami Vice, Jan Hammer, on keyboards. It was one of only three albums that this lineup released that also included Birds Of Fire (1973) and the live album Between Nothingness & Eternity (1973). A third unreleased studio album, The Lost Trident Sessions, recorded in 1973, was released 26 years later. It included the three tracks included on the live album. When the tapes were found and John McLaughlin was asked about it he shrugged it off as the band didn’t seem to be happy about it so it never came out.

I keep on saying this but you have to like this kind of thing to like it, if you don’t it will leave you cold if you do it will sizzle in your veins.