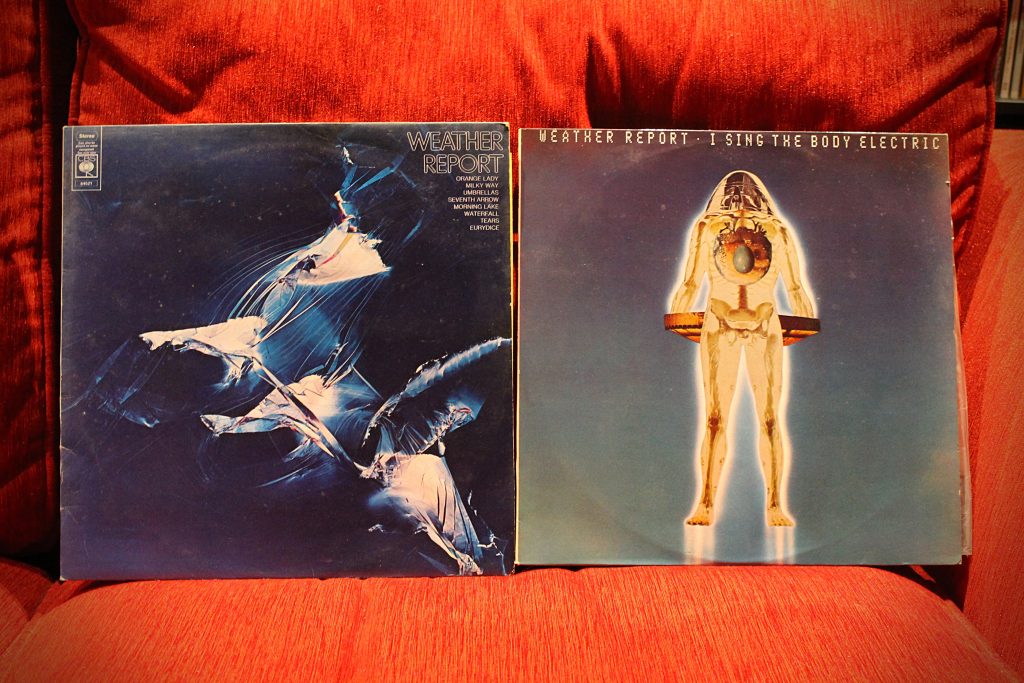 Music today carried on from Mahavishnu as I listened to Weather Report’s I Sing The Body Electric (1972 – it’s also the name of a Ray Bradbury short story from 1969). What an interesting record it is. It’s the second Weather Report album and they already had a different rhythm section to the first. Partly live, it explores some heavy Fusion Jazz with Joe Zawinul on keys, Wayne Shorter on saxes, Miroslav Vitouš on bass, Eric Gravatt on drums and Dom Um Romão on percussion.

On the debut album (1971), the drummer was Alphonse Mouzon and the percussionist was Airto Moreira, two very famous and respected musicians in their genre. One of the original great tracks called Milky Way opens the album (Syd has one, too), there’s not much to it but it’s out there as is this album. This music is why you need a stereo and a red couch so you can sit in the middle of the speakers and transport yourself. Highly recommended.