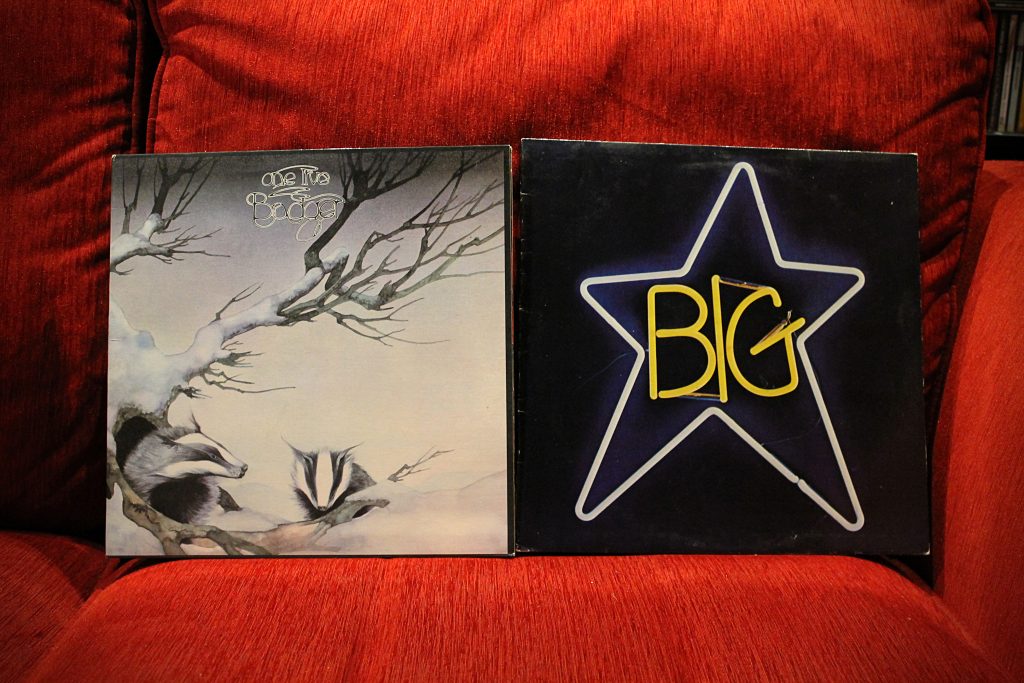 Music today was inspired by the graffiti on the sea wall at the beach and my T-shirt.

Badger were formed after keyboardist Tony Kaye left Yes and in fact, their first album One Live Badger (1973) was recorded at a show supporting Yes. Quite brave putting out a live album as your first record I thought. The bass player and singer was David Foster who had played with Jon Anderson in pre Yes band The Warriors and co-wrote two songs on the second Yes album, Time And A Word (1970). The drummer was Roy Dyke from Ashton, Gardner & Dyke who had a hit in 1971 with the song Resurrection Shuffle. Dyke married Hawkwind’s dancer Stacia. Dyke coming from Liverpool was also in The Remo Four and they were the band that backed George Harrison on his Wonderwall album (1968). The guitarist was Brian Parrish from Parrish and Gurvitz who made one album in 1971, produced by George Martin.

Badger played a kind of Progressive Pop Rock that only lasted this one album, their second album White Lady (1974) going in a more soulful direction with the addition of Jackie Lomax on vocals. With Parrish and Foster gone Paul Pilnick from Stealers Wheel joined on guitar and Kim Gardner from Ashton, Gardner & Dyke on bass. Gardner had also been in The Birds with Ronnie Wood and The Creation. He was also an artist. He went on to open The Cat And Fiddle Pub in Los Angeles, a place that I used to frequent for the vege cottage pie. Sadly he died of cancer in 1971.

Big Star’s first album (1972) was a revelation, sadly not many people got to hear it the first time around. The legend has grown but the personnel has shrunk, both Andy Hummel and Alex Chilton died in 2010 aged 59 and Chris Bell in 1978 aged 27. I saw the second wave of Big Star live at The Fillmore in San Francisco. I also saw Alex Chilton live in New York twice, once in the eighties, once in the nineties, with very few people in attendance. I met Jody Stephens in Memphis when he showed me around the Ardent Studios. At one point he pointed to a drum kit and said: “That’s the Big Star drum kit”. I nerded out and said: “Is that the kit you used for the roll on The Ballad Of El Goodo?” – “Yes,” he said. “Wow,” I said.

Song Of The Daze is Big Star – Thirteen: