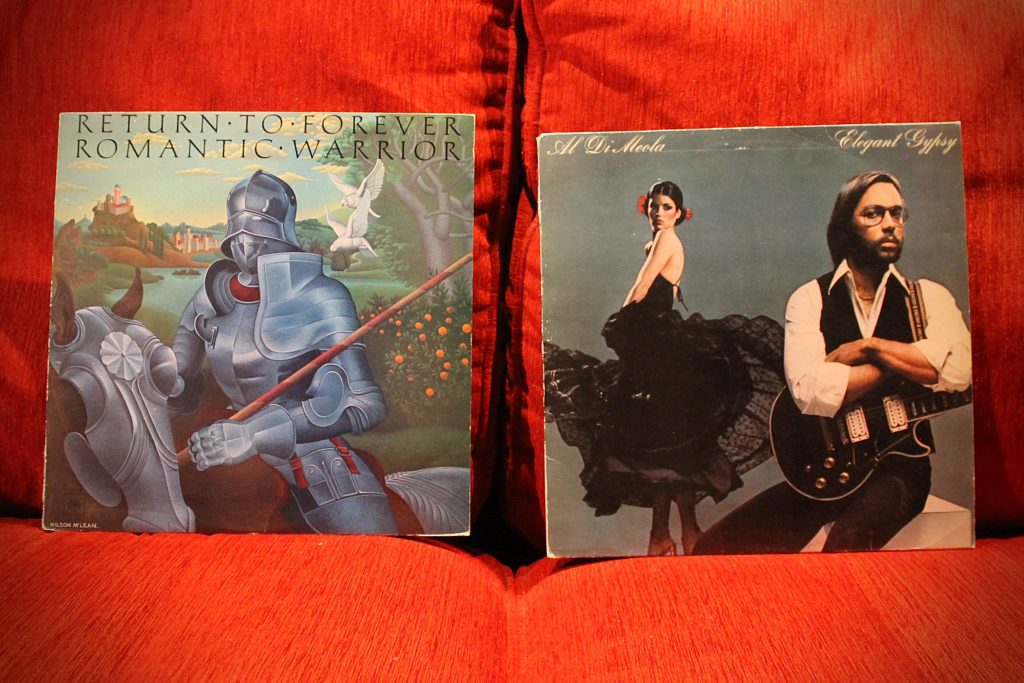 Music today has jumped straight back into Fusion/Jazz-Rock with the classic Return To Forever album Romantic Warrior (1976). The band, Chick Corea on keys, Al Di Meola on guitar and Stanley Clarke on bass with Lenny White on drums would be their last as Chick Corea (bandleader) disbanded this lineup after three albums only keeping original member Stanley Clarke. It’s an album of crazy virtuosos but somehow it’s warm and easy to listen to despite all the lightning-fast playing and the musicians’ unbelievable skills. I think it must be that this genre works best for these mad technical, theoretical musicians. In Rock speed is lost in translation in Jazz-Rock it’s meant to be. It’s like those magnificent old Disney soundtracks with amazing unknown musicians displaying their talents anonymously but communicating the feeling to a public that barely considers the music over the visuals.

My other major introduction into this mad and magnificent music was with Al Di Meola’s Elegant Gypsy (1977), the second solo album. This album blew my mind in the seventies and still does. It’s different to Rock because of the percussion, the non-Rock beat, the fact that they are all instrumentals, it sounds like World Music. It doesn’t hurt having bass master Anthony Jackson on the album as well as Paco de Lucía on the other guitar. The star-studded cast also includes Jan Hammer and Barry Miles on keys, Steve Gadd and Song Of The Day Lenny White on drums, Mingo Lewis on percussion – great, if you like this kind of thing.