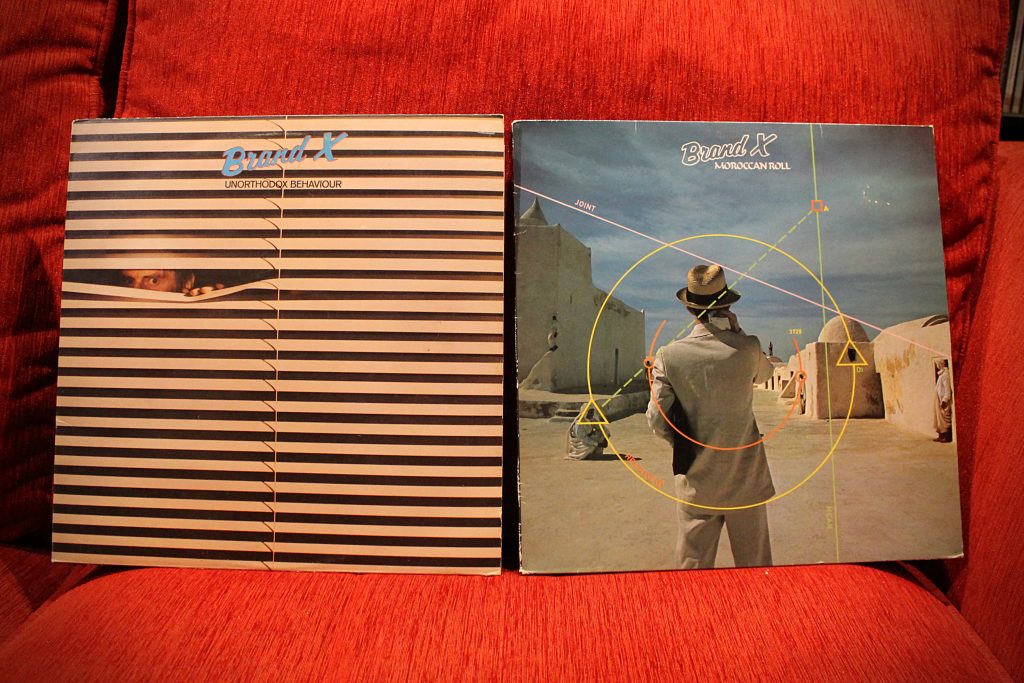 Music today is staying firmly with the Progressive Jazz-Rock Fusion. I think it’s because it’s instrumental. I don’t want to hear words in music at the moment, I just want the music.

Brand X released their first album Unorthodox Behaviour in 1976 and had Phil Collins moonlighting on the drums with Percy Jones on bass, Robin Lumley on piano and John Goodsall on guitar. Excellent musicians and that unique mood that this genre gives you. Next time you are going ‘oh no not Phil Collins’ have a listen to him as a drummer on a record like this.

Their second album was Moroccan Roll (1977). It had the same lineup with Morris Pert added on percussion. “An experiment with Eastern sounds and softer textures”, this album does actually have some vocals, Phil singing in Sanskrit! And if that doesn’t have you forgiving Phil for that other stuff, remember at this time he was also releasing two Genesis albums, A Trick Of The Tail and Wind And Wuthering both in 1976 playing percussion with Italian proggers Nova also in 1976. In 1975 he played on Eno’s Another Green World. Despite all his success, due to an injury he can no longer play drums which is extremely sad when you hear the quality of his playing. Collins made one more album with Brand X, Product, in 1979 (missing out on Masques, 1978) and then in 1981 Face Value happened!