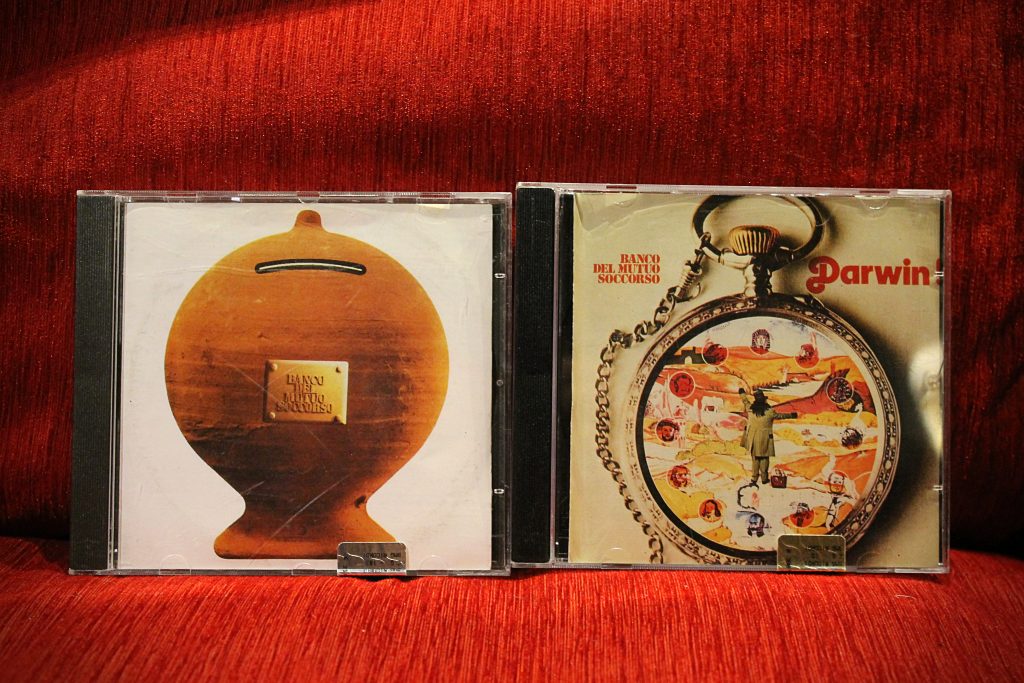 Music today comes from Italian proggers Banco del Mutuo Soccorso who released their debut album in 1972. Hailing from Rome, their name means Bank of Mutual Relief, pretty funny I thought. If you have never ventured into the land of Italian Prog it’s a treasure trove of amazing music and somehow it suits the language. The band on this album is the Nocenzi brothers, Vittorio and Gianni, who are both keyboard players. Vittorio also plays the clarino (a kind of trumpet) and Gianni the E-flat clarinet. On guitar Marcello Todaro and Renato D’Angelo on bass with Pierluigi Calderoni on drums but although there are lots and lots of great instrumental passages they have a wonderful lead singer in Francesco Di Giacomo (he was tragically killed in a car accident in 2014).

Their second album Darwin! was released in the same year and follows the same path with the same lineup (despite AllMusic’s review that says it isn’t). If you are a Gentle Giant fan you’ll like this a lot, if you are an ELP fan you will also like it a lot. But as you might have heard me say before, it’s really great – if you like this kind of thing. Musical criticism only becomes relevant when something isn’t happening within its genre – this is definitely happening within its genre. And also note that the Italian Prog scene is a rich vein to mine.