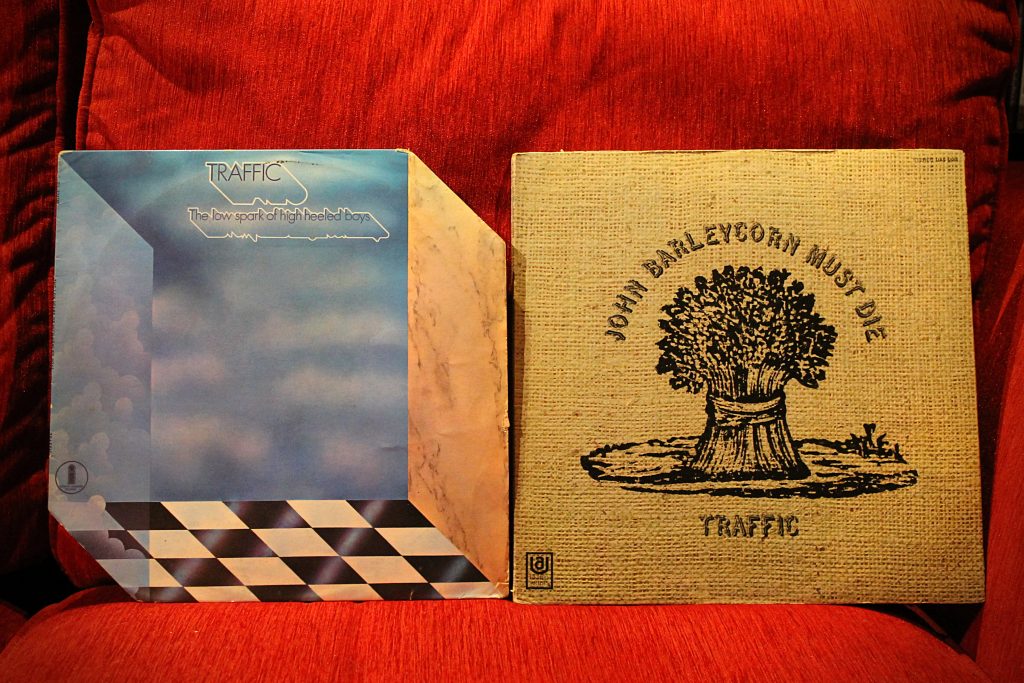 Music today had me craving Traffic and The Low Spark Of High Heeled Boys (1971). The reason; well, it’s seen as seventies music but it’s also genreless for the era, it’s folky but not traditional, it’s soulful but not Soul, it’s Progressive but not complex, it’s catchy but not Pop, it’s excellently played but not virtuosos, it’s great songwriting but people don’t hum the tunes. It’s lyrically serious but not dour, it’s jazzy without the scales, it’s brilliant. That organ in the title track blows me away every time. Steve Winwood sings lead vocals on four of six tracks, he also plays the piano, organ and lead guitar. Jim Capaldi sings on the other two. Capaldi plays percussion on this album, the drummer is Jim Gordon. Chris Wood plays flute and sax, Ric Grech plays bass and violin and Reebop Kwaku Baah also plays percussion.

The tragedy of this album is that all but Steve Winwood have died tragically or in Jim Gordon’s case are in a psychiatric hospital jail where he has been since 1983, diagnosed with acute schizophrenia after the murder of his mother. Jim Capaldi died of stomach cancer aged 60, Reebop died of a cerebral haemorrhage aged 38, Chris Wood died of pneumonia aged 39 and Ric Grech died of kidney failure at age 43 after years of alcohol addiction. I’m sorry I had to tell you this. Also, note that Mike Kellie from Spooky Tooth and later The Only Ones plays on one track and yes he died too of an unspecified illness in 2017 at the age of 69.

On the previous album, John Barleycorn Must Die (1970), only Winwood, Wood and Capaldi were present. Original guitarist Dave Mason had left from the original lineup leaving Winwood to take over on guitar, to sing, play bass and play piano and organ. He and Capaldi wrote the songs. It’s another great Traffic album that needs attention! Traffic seem to fall through the cracks of styles but that’s the very thing that makes them essential. Highly recommended.