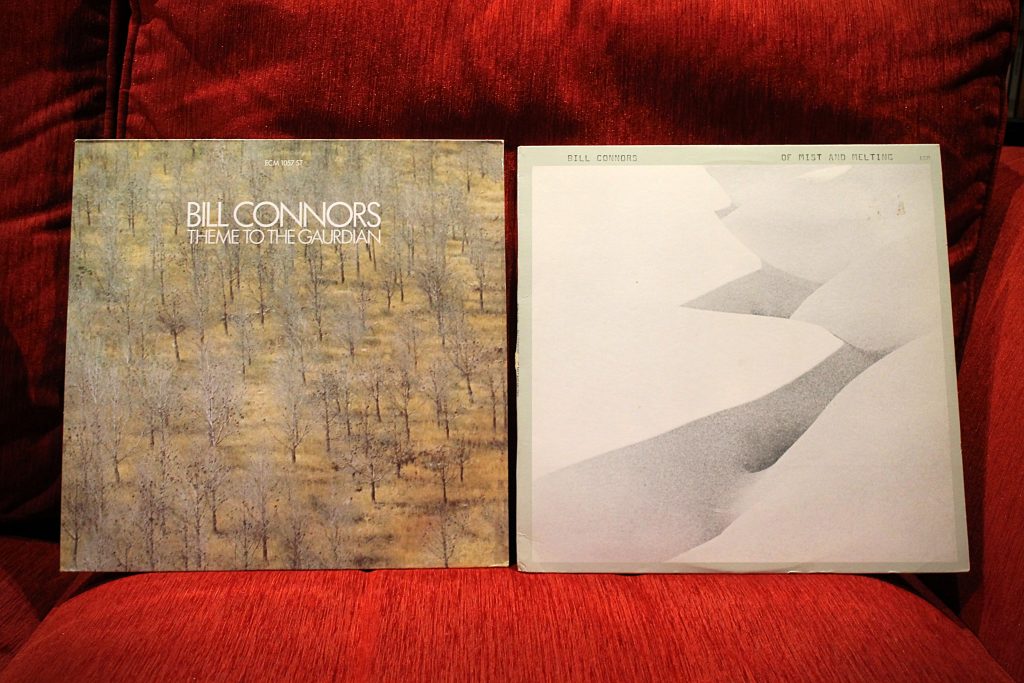 Music today comes from the ECM catalogue and the original Return To Forever guitarist Bill Connors who played on the third album, Hymn Of The Seventh Galaxy (1973). He released the lovely Theme To A Gaurdian on the ECM label in 1975. As far as I understand, ‘Guardian’ is misspelt. His fourth album Of Mist And Melting came out in 1975. It included some heavy hitters, namely Jan Garbarek on sax, Gary Peacock on bass and Jack DeJohnette on drums. Like the first album, it was produced by ECM guru Manfred Eicher in Oslo. The ECM catalogue is a treasure trove of beauty. Sometimes lonely music in a stark landscape manifested in the album cover art as well as the instrumentation and the themes. But the music is always dripping with atmosphere, enough to warm your bones by the fire whilst the snow falls outside in a Norwegian forest.