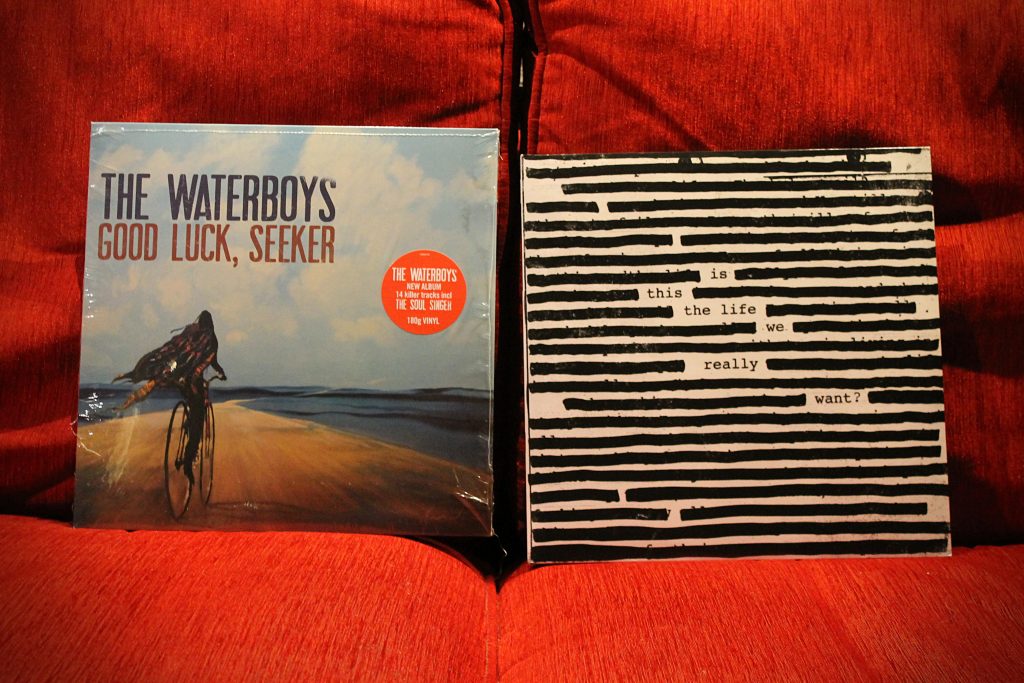 Music today was obviously going to be coming from The Waterboys and their/his latest album Good Luck, Seeker on good old reliable Cooking Vinyl, the place where cred bands go in the wake of the collapse of the record biz that once supported credible bands. And don’t get me wrong, they are a great place to be, great people, they are the saviour of a band that would be on a bigger and more cashed-up major label if the internet hadn’t happened. But the album is a bit of a challenge, stylistically wavering to places you might not expect. It’s a long way from the earlier extremes of A Pagan Place and Fisherman’s Blues. Is it too consciously modern? Is it too poetic? How can those two disparate points be asked about the same album? He’s brave or mad, or confused or really clever, I’m not sure which. The Kate Bush cover Why Should I Love You? from The Red Shoes is odd with a Kate sample to boot. Spoken word with punchy backing tracks – for all his passion, I think he’s lost his way on this one.

Roger Waters is serious. In 2017 he released Is This The Life We Really Want? and it’s rather like watching a traumatic black and white documentary. It was produced by Nigel Godrich, incredible what Radiohead did for him – McCartney to Waters. When I listen to Waters he transports me to a troubled dark place in his soul. A place where his childhood haunts him, a place where pain is never sorted out, a place where he never got any satisfactory help. In The Floyd, it was Gilmour that added the beauty, like McCartney often did in The Beatles. You feel like you are getting the horse but not the cart, the yin without the yang, it’s fascinating how we need each other for balance.

On Picture That he tells it like it is, like the world we live in is already dystopia, it’s all too late. Musically it reminds me of Marianne Faithful’s Broken English via Animals. Roger Manning Jr. (Jellyfish, Beck, Air) on keyboards, Jonathan Wilson on guitar, who seems to get in with the most grand of English legends like Roy Harper, plus Waters and in America contemporary hipsters Bonnie Prince Billy, Father John Misty and Conor Oberst, he must be good. You can hear him or is it Godrich or Gus Seyffert desperately trying not to do anything Gilmouresque in case it might remind us of that old partnership and also put too much colour on the grey and desolate canvas. The album works, the songs, the mood, the sounds, the production, the lyrics, you just have to want to go there.

Due to the water traumas of the day and the trauma of these two albums, I’m going to stick with just these two today. Busy day of 4 sessions tomorrow but I will leave you with one of the great songs of the sixties, unfortunately not with a video worthy of its quality as a song, so here’s the audio only for The Kinks’ Waterloo Sunset.