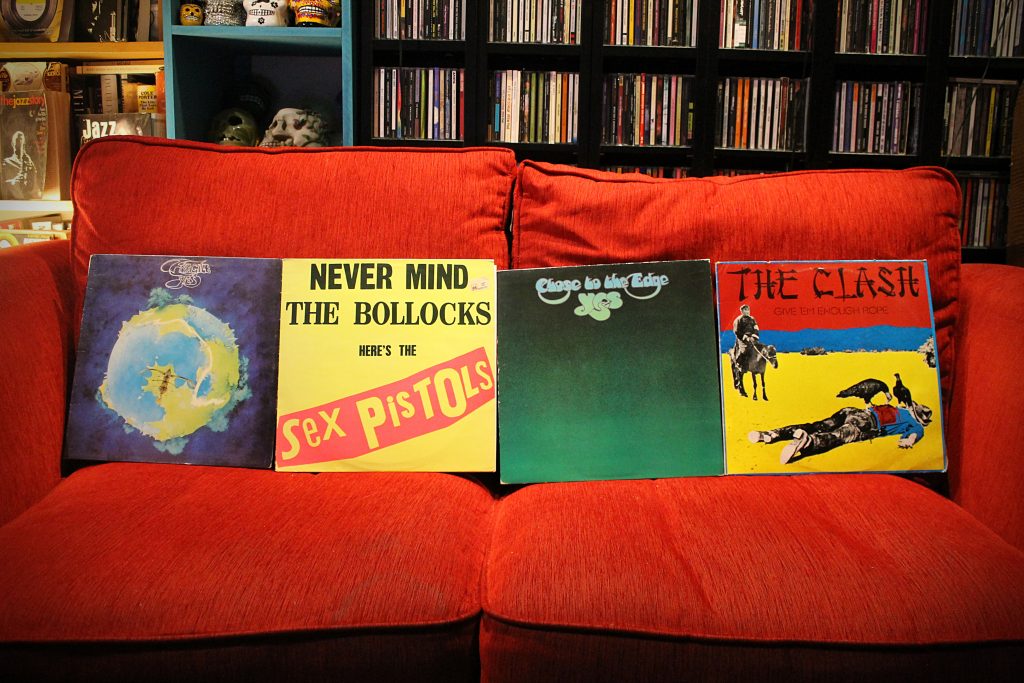 Music today is coming from the fragile sticker on the packaging on Boydy’s birthday present. Yes, I decided to listen to Fragile by Yes. What I noticed was how great my stereo sounds and how great Steve Howe’s guitar is on this album. What I love about Progressive music is that there’s always new things to discover and a proper stereo makes you notice things you may have missed, especially if you weren’t quite listening attentively. It’s not just Howe, Chris Squire’s bass is something else, to think the punks failed to notice how fuzzed up and aggressive it was. I followed this with Close To The Edge and for all the melody and complexity I hear so much aggression in this music. I suppose it’s not simple and not lyrically engaging unless you live in a pyramid house and grow your own vegetables. I suppose Jon Anderson doesn’t sound scary and Rick Wakeman’s capes might cause a stony silence if you walked into the local pub wearing one. But bands that look like footballers have often been less than interesting, that’s why I like footballers that look like they should be in bands the best! Haha.

Listening to Yes and Sex Pistols in the same session somehow makes complete sense to me. Anderson and Rotten both have melodic voices and I might be more scared being Jon Anderson’s teepee than Rotten’s local. What I love about music from the seventies is that it doesn’t matter if it’s Yes or Sex Pistols, they have so many things in common. Guitars with great tones, messages, creativity, sonic warmth, seventies music sounds like its era despite the different genres, like the sixties does or the fifties does and the nineties does. Like fashion, sound follows the day and Punk fashion and Prog fashion feel like the same era. Plus one thing that Prog and Punk have in common – the Rickenbacker bass. I know you can’t believe that I’m trying to put Yes and Sex Pistols in the same bag – but lots of energy in both, mad clothes and the aforementioned points plus when you look at how many albums the Sex Pistols put out, it’s damned indulgent considering there’s only one real one. Then there’s the Mick Tucker (from the Sweet) drum roll in God Save The Queen, haha. The guitar solo in Anarchy In The UK and the Hawkwind drum rolls throughout the album. There’s the bluesy chords and licks, if Steve Jones used his little finger he’d be in Status Quo. Last but not least there’s that great comment from Johnny Rotten that suggested that The Clash sounded like Herman’s Hermits (Stay Free). Johnny was a Prog head you know, just ask Peter Hammill. A sneer doesn’t hide the truth.