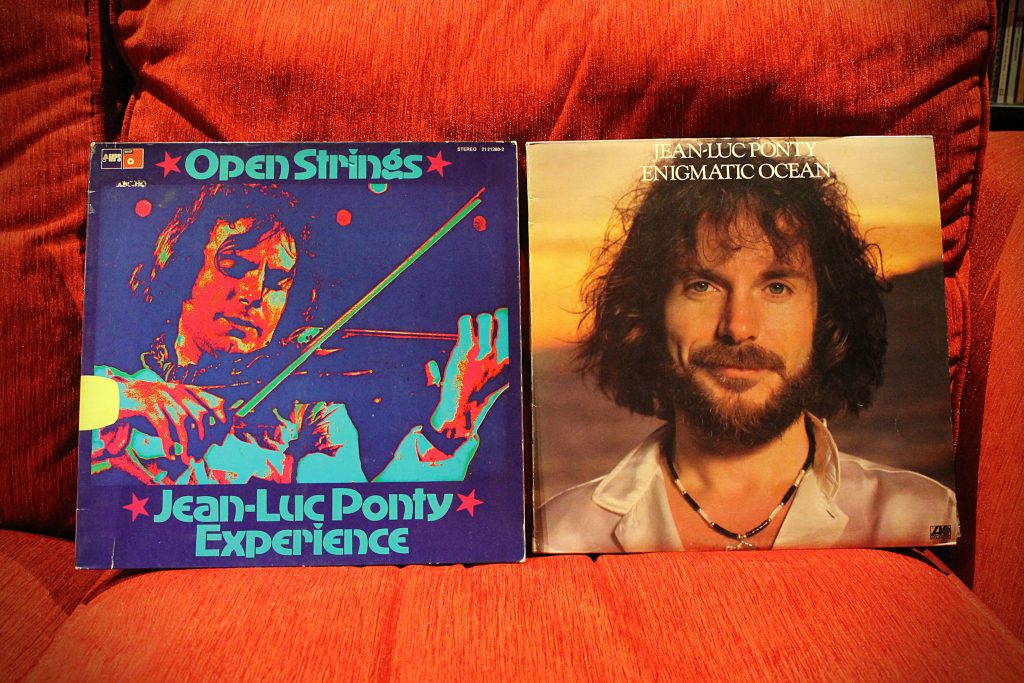 Music today was instrumental – again. French today inspired me to listen to Jean-Luc Ponty, or was it Olivia? She is a fan of this virtuoso French violinist. She has seen him live twice. I have lots of his albums and randomly picked Open Strings as the first one to listen to. It was released in 1972 and also included Belgian Jazz guitarist Philip Catherine whose CV is extremely long. It’s some kind of Jazz and you can hear why Frank Zappa wanted him in his band from this performance.

The first album I ever had by him was Enigmatic Ocean, released in 1977 and featuring Allan Holdsworth on guitar. I have never wanted to play music like this, I don’t even understand it but I’ve always liked listening to it, perhaps because it is a total mystery to me, knowing how it’s done can make it less appealing which is probably why you hear me listening to less music by artists that you might think I may be more associated with stylistically.