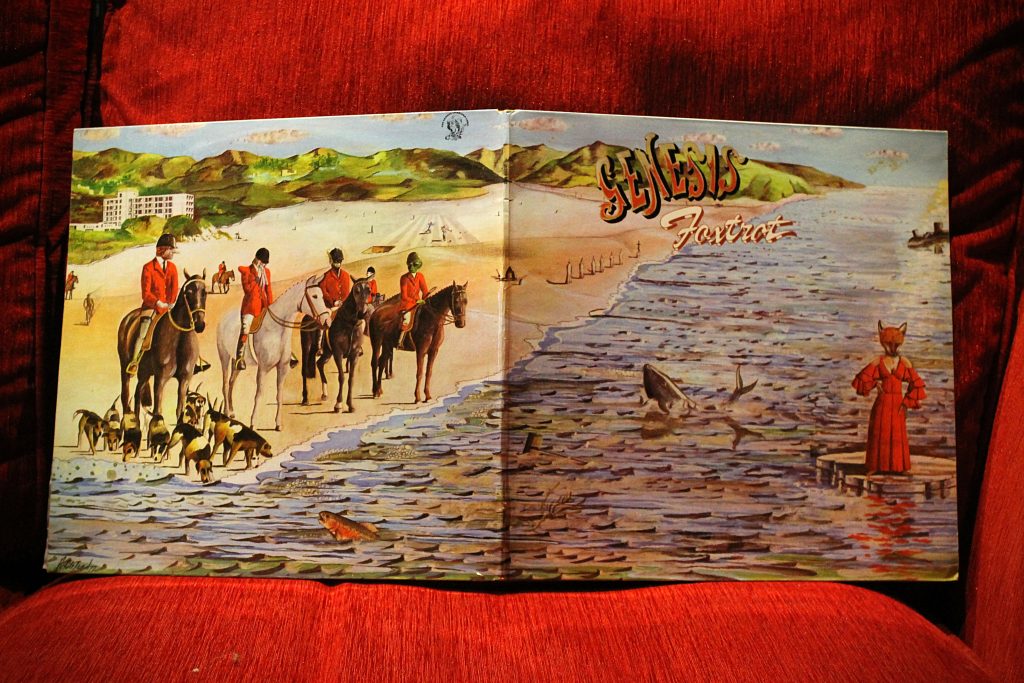 Music today has been very weird. I woke up Olivia today with another Genesis treat and put on Foxtrot for her as she rose from her golden slumbers. The album was released this month in 1972, a mere 38 years ago. How come it sounds so good when so much music from beyond the seventies sounds so horrible? I suppose we have to blame progress or at least the engineers and producers who brought terrible drum sounds into music and destroyed the possibility of listening to so many albums that might have been good if they hadn’t been released in the eighties. Even Kraftwerk sounds amazing whereas bands that were influenced by them often don’t. Foxtrot includes the classic 23-minute Supper’s Ready which is a tour de force in its genre and although it might not appeal to anti-proggers I never tire of it.

Song Of The Daze (note the three 12 strings)