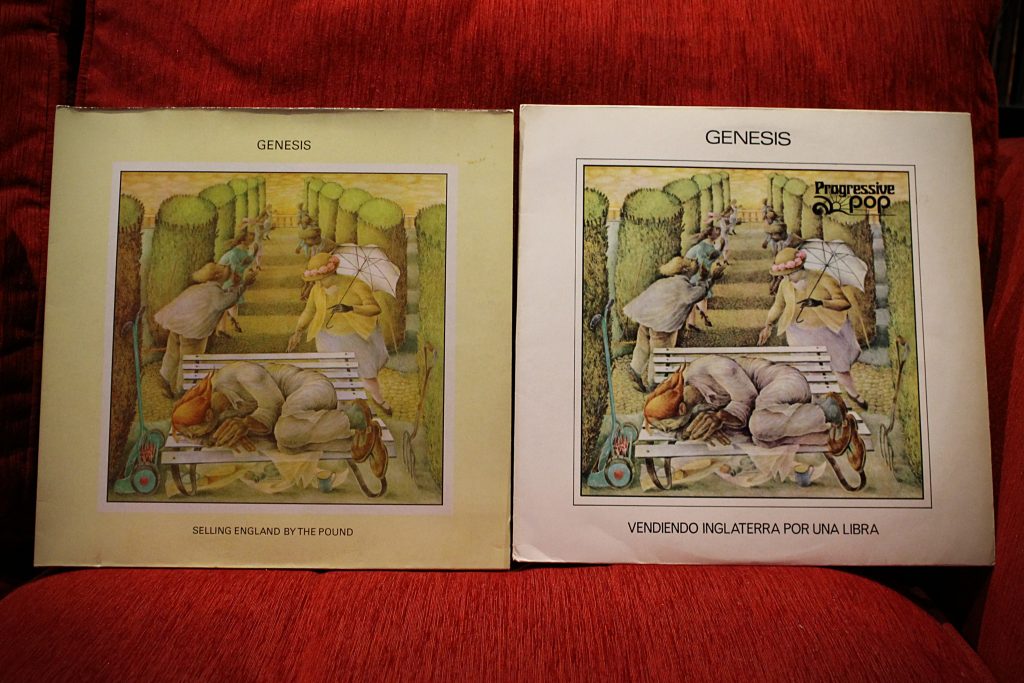 Music today is the fifth Genesis album and the fourth of their classic run. Selling England By The Pound was released in 1973. Artwork by Betty Swanwick from a painting she had already done called The Dream where she added the lawnmower to connect to the album’s future hit single, I Know What I Like (In Your Wardrobe, No.21 in the UK). The album reached No.3 in the UK charts and yes it’s true I’m always talking about these four classic Genesis records between 1970-1973 but they are so influential to me and I realise that my 12 string thing, which I haven’t really analysed, probably comes from these Genesis albums and of course Jimmy Page’s amazing 12 string playing, not The Byrds’. Of course, there’s other 12 string influencers, Pye Hastings from Caravan and Patrick Mata from Community FK, George Harrison, but apart from Mata and his crazy fuzz 12 string influence, it’s all English.

Interview Of The Daze