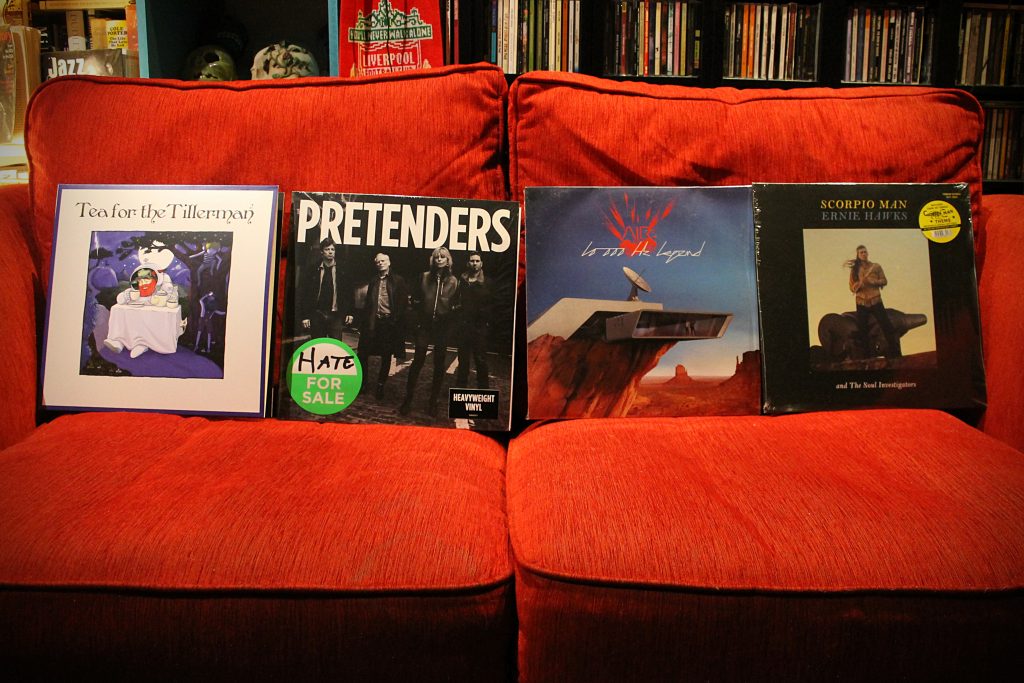 Music today has been reasonably extensive as it stared in the early hours after Bowie’s Low and moved onto the new Pretenders album Hate For Sale (2020). I heard a track on the net, The Buzz, and thought wow, great, finally Chrissie Hynde is back. Well, the best track on the album is The Buzz with a couple of okay songs and a lot of fillers, I’ve heard it once and will try again but I’m doomed to be disappointed with the writing since the first album The Pretenders released in 1979. Patchy doesn’t really cover it and The Rails’ James Walbourne on guitar was supposed to be her new inspiration as guitarist and co-writer but everything is so heavy-handed – Ok, not everything but most of it. There’s some nice melodic arpeggios but some kind of unsubtle Punk ethic still permeates and instead of adding energy to the album it just sounds uninspired. The problem is I’m a fan, I love her voice and I can hear how the songs don’t live up to her abilities. I hear she’s tricky to work with and who needs that but it sounds like she needs to do some listening instead of directing. Her jazzy album was ok, her Stockholm album was horrible, the JP album wasn’t bad and apart from a few stand out songs it’s been a while but it’s over 40 years since Kid and The Buzz is the best track because it’s redolent of that song (Kid 12 inch arrived in the post today). When your best song sounds like your peak and that peak is 40 years in the past, it’s disappointing.

I also listened to Ernie Hawks and The Soul Investigators, an unlikely project from Finland flautist/trombonist Ernie whose real name can’t surely be Ernie Hawks if he’s from Helsinki but I guess pronunciation could be a problem if he was called Väinö Kemppainen. His music is a great groovy Soul/Jazz/Funk that could have been recorded in 1970. Great, but then artists like this are allowed to be retro probably because the Jazz/Soul groove is always rooted in the past and the past is the benchmark. It shouldn’t be for Pop/Rock but it seems it is. That’s why Hip Hop rules the world because it doesn’t have to compete with the genius of Pop and Rock from the fifties, sixties and seventies. This problem includes the records that artists who are still around today were making then. Why were they better? Because they were young? Surely not.

So in 1970 Cat Stevens released Tea For The Tillerman, you’d possibly know that this was the album with Where Do The Children Play, Wild World, Father And Sun and other classic Cat Stevens songs – I know people really like Sad Lisa. Well, this album is completely reimagined and rerecorded. It sounds like a bad idea but I liked it a lot, the mood, the songs, the singing, the instrumentation and how it’s realised. Sadly Wild World doesn’t quite work for me but if you’re a fan of the early Cat I’d recommend this album.

Out of the blue, I pulled Air’s second album 10,000 Hz Legend out of the shelf. It was released in 2001 after the phenomenal success of their first album Moon Safari (1998), that everyone in the world seemed to like and have a copy of. It was almost the cool fraternity’s Hotel California. I wasn’t expecting to like it, I hadn’t remembered it but I thought it was really cool. Beck’s on it, Roger Joseph Manning Jr (Jellyfish, Imperial Drag, The Lickerish Quartet) and solo artist Jason Falkner (Jellyfish, The Grays). It’s a fun romp through electronics, sixties grooves and very hip French awareness, what could go wrong?