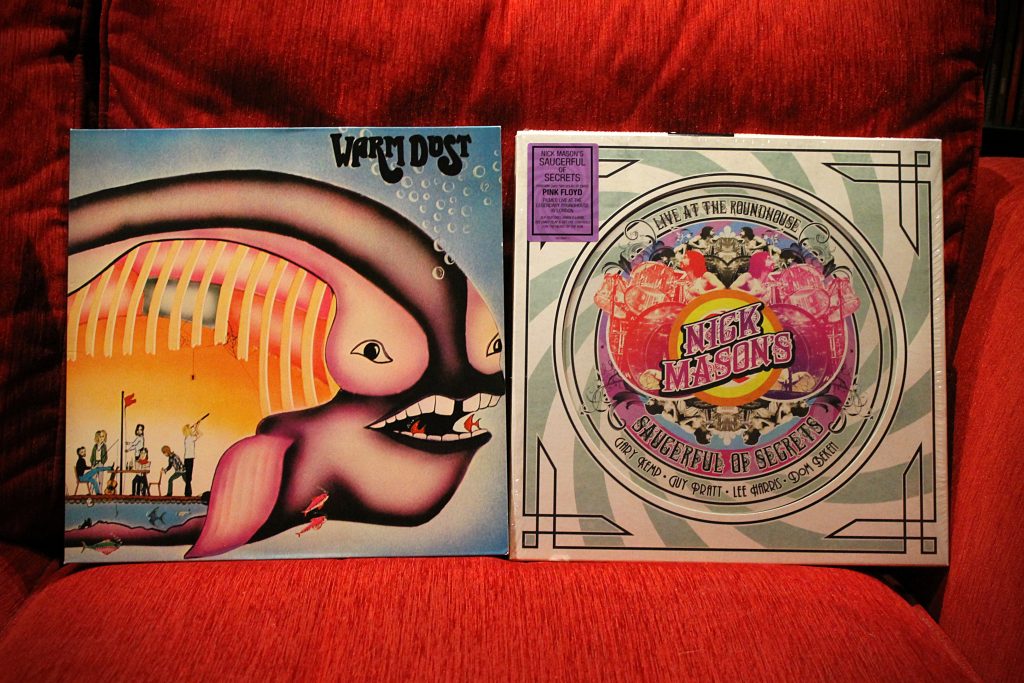 Music today came from the relatively obscure Warm Dust. Their third album, released in 1972, is some kind of Progressive Jazz with a little too many vocals by Les Walker in the style of Blood, Sweat & Tears or Chicago, except they’re from Sheffield. Paul Carrack played keys in the band and after Warm Dust broke up, he formed Ace, you all remember How Long (1974) and you also remember that Carrack briefly joined Squeeze and you remember Tempted (1981), he later joined Mike And The Mechanics, you remember Silent Running (1985), I don’t! Over the years he has worked as both lead singer and session keyboardist, made solo albums and is thought of as a talented singer although in Warm Dust he hadn’t discovered he hadn’t yet found himself.

My friend Nicklas Barker encouraged me to buy Nick Mason’s Saucerful Of Secrets Double Live At The Roundhouse, I did, it’s great, it’s worth it for the material alone, plus it’s well recorded. The reason I was hesitant was because I saw them live in Germany. Call me shallow but they looked like yachtsmen on holiday, either that or a meeting of the Ferrari Owners Club and when bass played Guy Pratt duckwalked to One Of These Days, the horror of that spectacle made for acute disappointment, plus the drums were too loud. Gary Kemp from Spandau Ballet as lead vocalist seemed an odd choice but he pulled it off, brave I thought. So if you want a fun romp through the pre-Dark Side Of The Moon Pink Floyd covering both Syd and post-Syd songs, then this double album is for you. Well done Nick Mason for going along with the idea and taking it on the road.