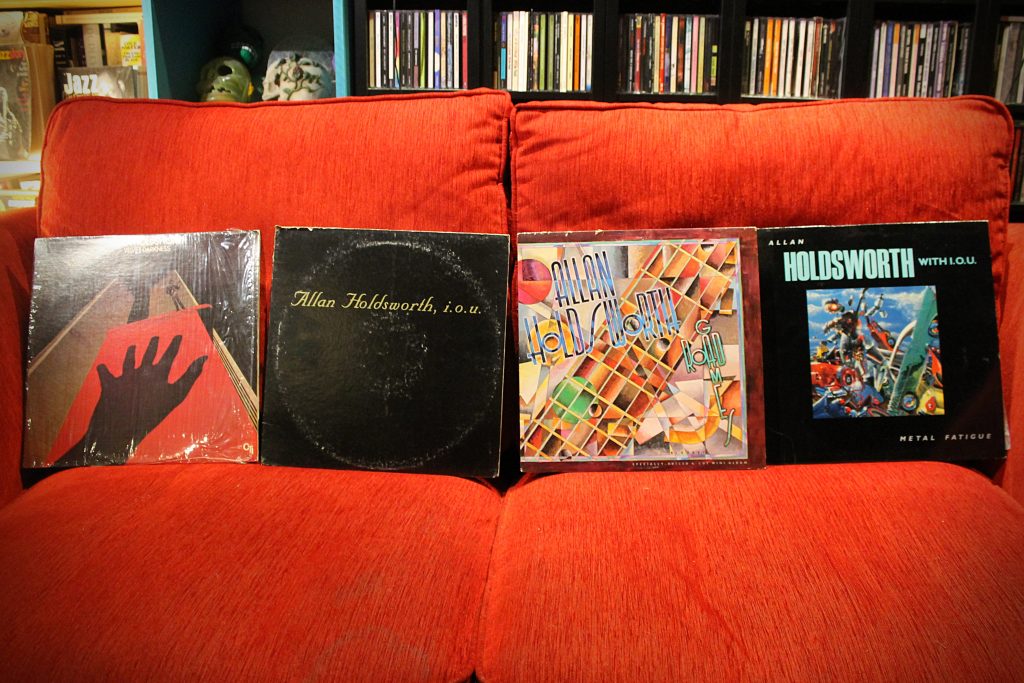 Music today took me to guitarist extraordinaire Allan Holdsworth and three albums and an EP, Velvet Darkness (1976), I.O.U. (1982), the Road Games EP (1983) and Metal Fatigue (1985). It’s more Jazz Fusion but there are some vocals on Road Games from Jack Bruce. Personally, I prefer all the tracks on these records that have no vocals. Apparently, the first album was released without his permission and allegedly he didn’t like the EP. Despite playing with Gong, Soft Machine, Tempest, Nucleus, Jean-Luc Ponty, Bill Bruford and many more, gaining massive credibility with his peers, when he died in 2017 he was broke and his family had to do a crowdfunding campaign to pay his funeral bills. A sad end for a magnificent musician.