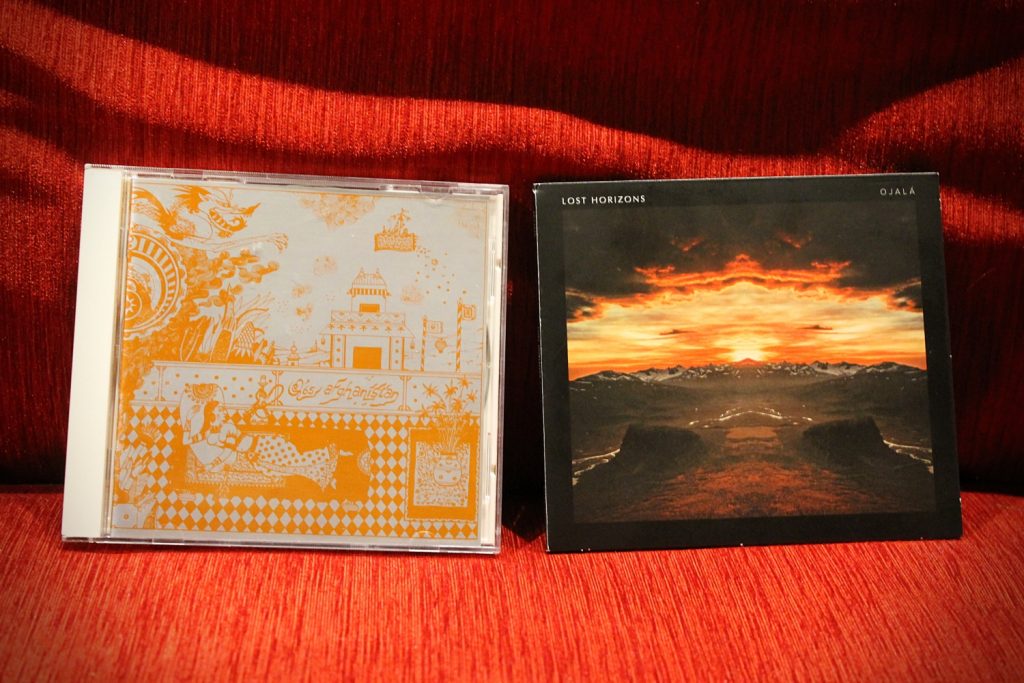 Music today comes from Nederbeat heroes Q65 rediscovering themselves as they enter the seventies. It keeps their energy and has something of The Kinks meets Eric Burdon at The Stones’ house, still a little stuck in their heyday stylistically. The album is called Afghanistan and is supposed to be their more Psychedelic period but that Beat Group Rock ‘n’ Roll remains with tinges of the period lurking in the shadows but it sounds more like the aforementioned band with a less scary early Alice Cooper despite what the experts say, maybe some Easybeats in there too. But Night at 8 minutes does certainly go somewhere else, a kind of Barrett-esque Dutch Country that turns into a jam. It fades out, I hate it when these jams fade out, let it go. A couple of screechy R’n’R live tracks at the end I could have done without.

Lost Horizons is about as far away from Q65 as you can get. It’s a 2017 project from ex Cocteau Twin and Bella Union mainman Simon Raymonde. The album is called Ojalá (‘hopefully’ in Spanish) and was released in 2017. It has different female and male singers, names I know – Karen Peris from The Innocence Mission, the late Tim Smith, ex Midlake, Hazel Wilde from Lanterns On The Lake, Liela Moss from The Duke Spirit, Marissa Nadler, Ghostpoet, and names I don’t – Gemma Dunleavey, Beth Cannon, Soffie Viemose from Lowly, Phil McDonnell, Ed Riman from Hilang Child and Cameron Neal from Horse Thief (with Sharon Van Etten on BVs). There’s some Jonathan Wilson playing guitar and Richie Thomas from Dif Juz on drums. A new double album, In Quiet Moments, has been announced for late November. Sign up here for some moody magic.

I stumbled across this interview whilst I was researching which Tim Smith it was (Tim Smith from The Cardiacs sadly died recently). But in this interview from 2014, Tim Smith, ex-Midlake, mentions The Blurred Crusade and Heyday.

The only clip I can find for Q65 I’ve posted before and is four years out of date, that is to say, this is from 1966 and Afghanistan is from 1970, it’s a long time in R’n’R, especially in those days.