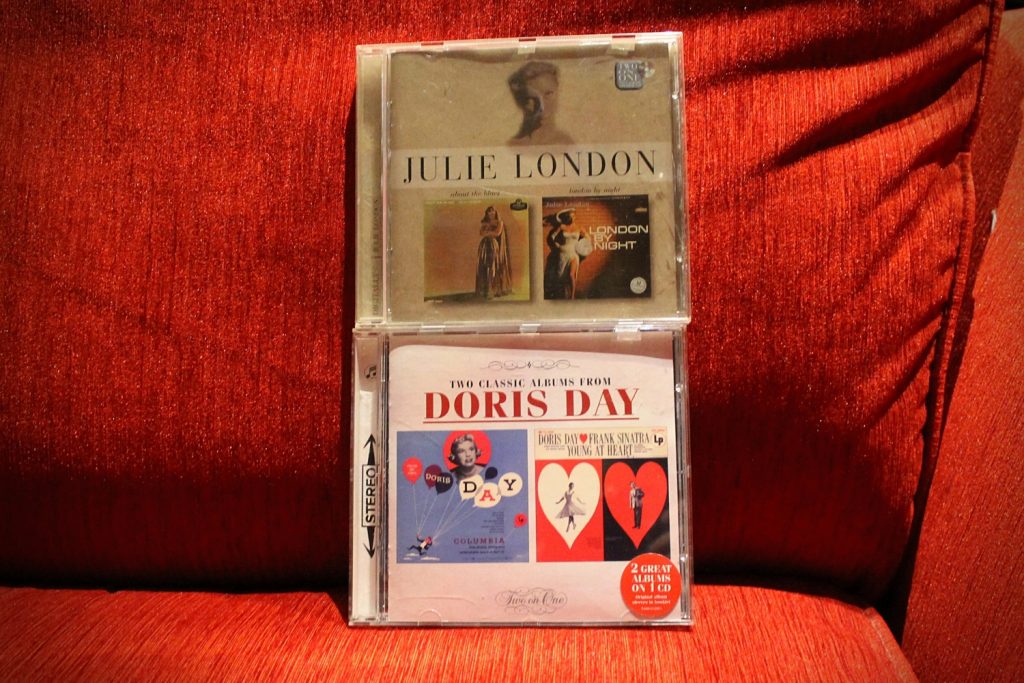 Music today had to be mellow and when I feel like this I listen to Doris Day’s You’re My Thrill (released in 1949) to soothe my soul. You can’t imagine what an amazing singer she was. You’re My Thrill was originally a 10 inch EP and added to later and released as an LP. She’s better known as a film star that sang rather than a singer that became a film star. She was born Doris Mary Anne Kappelhoff and she made at least 30 albums, some of them soundtracks due to her films. Hearing her sing on these early recordings is something else. In 1965 her son Terry Melcher produced the first two Byrds albums, Mr Tambourine Man and Turn! Turn! Turn! and worked with The Beach Boys – he died in 2004 aged 62. Kappelhoff died in 2019 of Pneumonia at the age of 97.

Like Kappelhoff, Julie London (Julie Peck) was seen in America as an actor and is best known from the seventies hospital series Emergency. Although she did begin her career in films, she made 30 albums from 1955 to 1969. She was the subject of a 1957 Life cover article in which she was quoted as saying, “It’s only a thimbleful of a voice, and I have to use it close to the microphone. But it is a kind of over-smoked voice, and it automatically sounds intimate.” Wonderful! A confirmed chain smoker since she was 16, she died in 2000 aged 74.