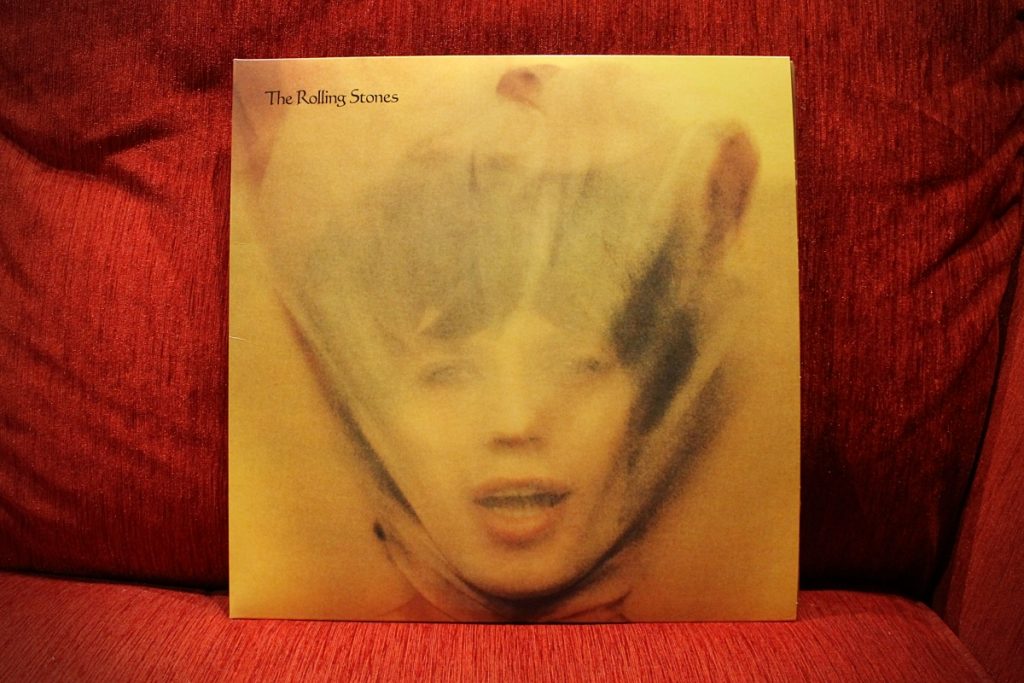 Music today is the vinyl reissue of The Stones’ Goats Head Soup (1973) and I was pleasantly surprised to find out that I have completely changed my mind about the opening track Dancing With Mr D. which I never really liked but now I do and I think it’s because of Charlie and I think it’s because when I first heard this album I didn’t know so much about drums and drummers and feel. I only discovered these things as I got older, made albums and figured out how important the drums were. The vocals are great too as they are on the next track, 100 Years Ago, Jagger is so good, you just have to like him. Not everybody sees it. Mick Taylor seems to be poking out of the track too and despite liking Black And Blue a lot it was a big loss when he left.

The album reached No.1 in the US and Top 5 in the UK in 1973 and this Giles Martin remix hit the No.1 spot in the UK in September 2020. (The album was originally produced by Jimmy Miller.) Coming Down Again has Keith on vocals and I hardly noticed. It’s followed by an inspired classic Stones’ Rocker, Doo Doo Doo Doo Doo (Heartbreaker). Great guitars and horns. Richards’ presence is felt everywhere in the overall sound of the band, the chords and the tones, the feels and the vibe. Then comes Angie, what a classic, the chords, the vocals (Jagger shines), the video and the song itself. Great piano parts as well, that with the string sounds makes it sound so mature.

Side 2 opens with Silver Train with its harp and slide, but whether you like the song or not, it’s the sound of the band that is the thing. For a group that is so influenced they certainly sound very much like themselves. Hide Your Love is a barroom Blues, a place where they like to be musically but it’s good time music and not as interesting if you’re looking for a great song more than a good time. Winter has that perfect mid-tempo Stones thang, sounds like Bill Wyman on bass and benefits greatly from it (he only plays on 3 tracks on the album). Charlie on drums, Jagger on rhythm and Mick Taylor on lead – and no Keith. It could be a Van Morrison song, has strings and Nicky Hopkin on piano, great Taylor guitar tone at the end.

Two more tracks, Can You Hear The Music and Star Star, end the album. The first is a fine song despite it being buried at the back end of the album. A better song for me than Hide Your Love (I would have swapped them around). Great Keith wah-wah. Star Star has them revisiting their musical roots and adding indecent swear words in the chorus and continuing to scare the establishment to death.

The extra disc starts with Scarlet featuring Jimmy Page, it’s kinda throwaway, not a patch on anything from Houses Of The Holy released in the same year. All The Rage is throwaway in that Stones’ R’n’R way but sometimes it’s cool and sometimes it’s naff, it’s hard to know what the difference is. This track sounds more like the New York Dolls than The Stones (apart from some of the instrumental bits) but otherwise, it’s some kind of Glam trash. For some reason, Criss Cross is one of those cool ones. It’s hard to determine why the formula works here but not on All The Rage. This track could have easily replaced Hide Your Love on the original album and possibly helped it to be better received.

100 Years Ago Piano Demo is just Jagger and Nicky Hopkins, you can hear The Stones in his piano playing as much as you can hear it in Jagger’s voice. It’s interesting to hear Dancing With Mr D. and Heartbreaker instrumentals but that’s being a fan. I was once given a CD of Jeff Beck noodling in the studio, I could listen to him noodle all day. The Hide Your Love Alternative Mix I thought I could do without but somehow prefer it to the album version.

The last three tracks are 1973 Glyn Johns remixes of Dancing With Mr D., Heartbreaker and Silver Train and I’ll let you A/B them to the original mixes as you A/B the Jimmy Miller mix to the Giles Martin remix. Nerds of the world unite!