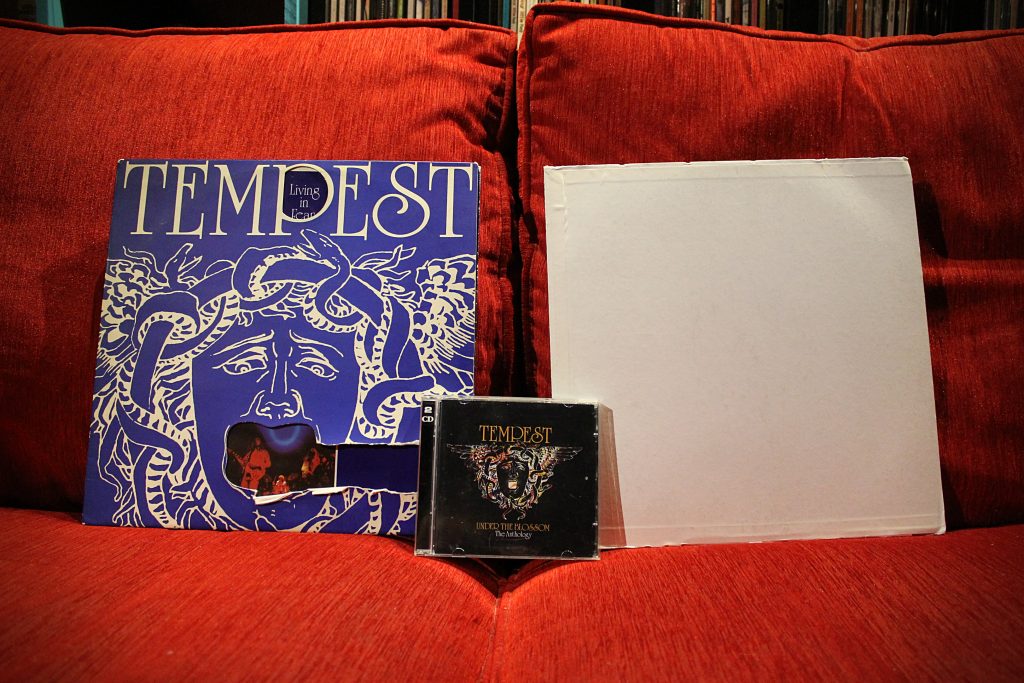 Music today comes from Tempest, formed by drummer Jon Hiseman and bassist Mark Clarke from Colosseum and joined by vocalist and keyboard player Paul Williams and guitarist Allan Holdsworth. Their first, self-titled album, was released in 1973 and is what might be considered Heavy Prog. It’s great to hear Holdsworth as a riffing Rock lead guitarist instead of a jazzer. I have a white label of this album which I can’t remember buying but must have found somewhere in a dusty record store in the back of beyond. Their second album Living In Fear (1974) saw Allan Holdsworth leave, replaced by Patto’s Ollie Halsall another talented player who would later join Kevin Ayers. There’s a weird version of The Beatles’ Paperback Writer with the riff incorrectly played, it’s too fast and one wonders what they were thinking but it’s interesting hearing it as a Rock song with mad guitar solos. This album seems to be leaning more to songs than Progressive workouts although in truth there’s both. If you’ve never heard Holdsworth or Halsall play the guitar…speed and feel, technique and heart.