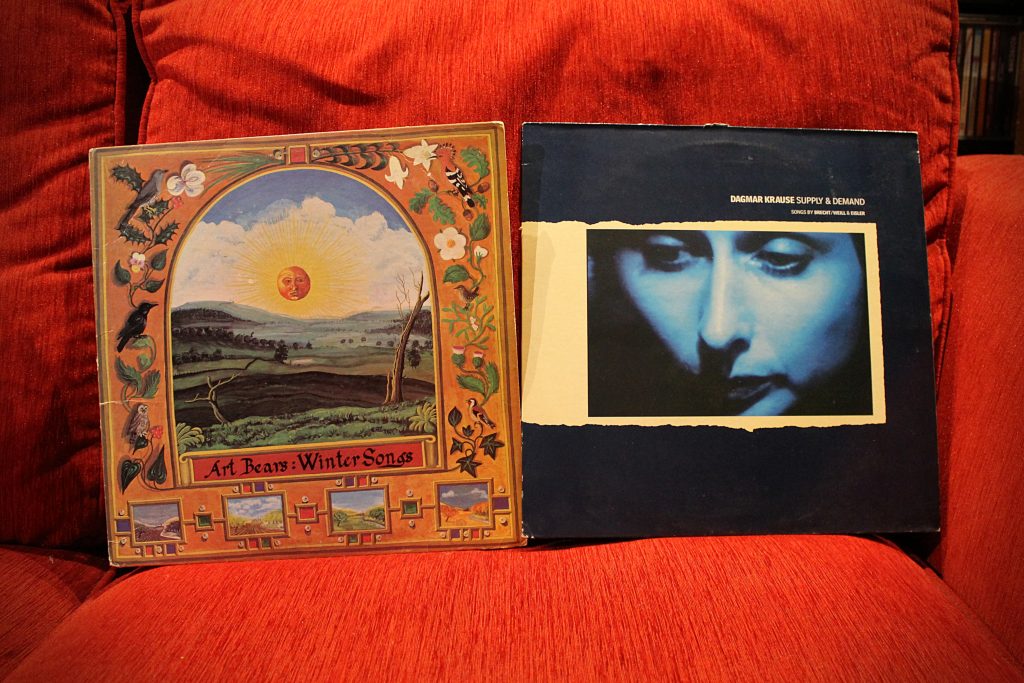 Music today took a rather large step into Avant-Rock with post-Henry Cow crazies Art Bears, featuring Fred Frith, Chris Cutler and Dagmar Krause. It rather makes Nick Cave sound like Phil Collins, ok that’s an exaggeration (no, surely not?), but in my mind, it is everything Nick Cave fans, Rowland S. Howard fans, These Immortal Souls fans and The Wreckery fans should like, except it’s seventies and comes from a more Progressive fountain but it also somehow connects musically to Robert Wyatt and with Dagmar, Amon Düül II. Frith’s guitar sounds like a chain saw, Krause’s voice like a madwoman escaped and Cutler’s lyrics, tales from beyond. Brilliant.

Dagmar Krause was a member of Slap Happy and part of the Slap Happy/Henry Cow collaboration. She also made an album (Babble) with Kevin Coyne and was a member of the unforgettable Art Bears. She made this tribute to Bertolt Brecht/Kurt Weill and Hanns Eisler for Hannibal records, produced by early Floyd and Nick Drake producer Joe Boyd, released in 1986. You might need to be versed in German cabaret and theatre to appreciate this but you’ll be happy to know that Richard Thompson plays guitar and Danny Thompson double bass with a cast of unknowns (to me) playing the more exotic instruments – but Wix is there on Synths in his pre-McCartney days.