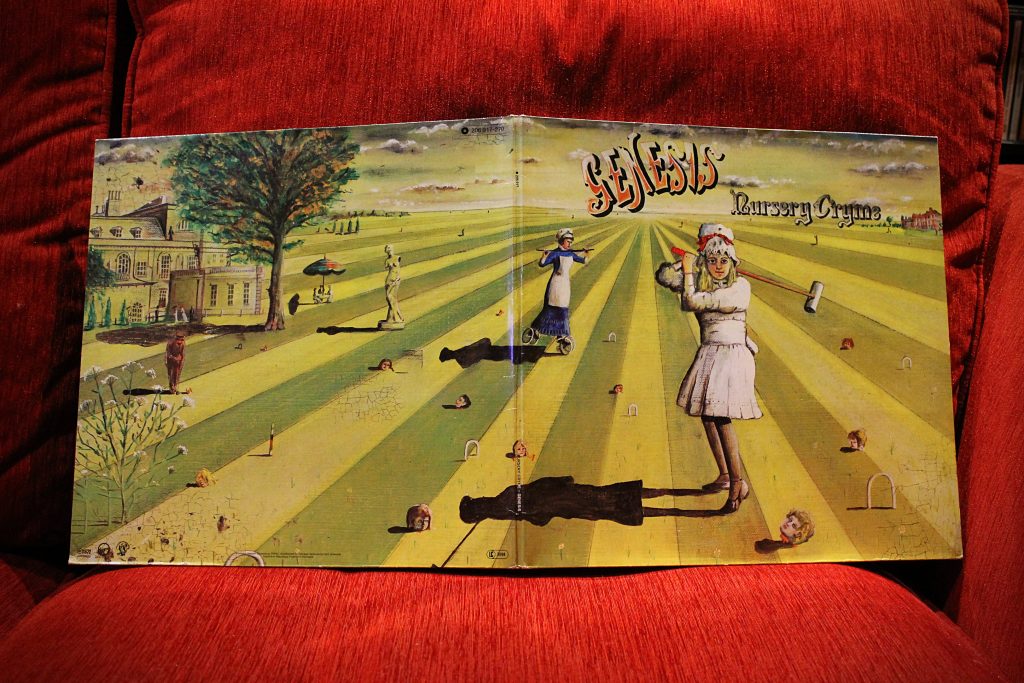 Music today was early as I had a session late with Noel, French, writing and another bout with the diamonds that made me close my eyes and wish away any oncoming pain, it seemed to work but I lost a lot of time. It might have been the fact that I didn’t have to get up today and I slept too long. The new Pretenders album arrived in the post and I’m dying to hear it as I heard one song online that I really liked, a return to form but it was Genesis’s Nursery Cryme that found its way onto the stereo more for Olivia than anyone else.

Released in 1971 it was the first to feature Phil Collins on drums and Steve Hackett on guitar who was tapping long before Eddie ever was. The bizarre cover art of a croquet game with severed heads and the childlike macabre of it all was a sensation for the imagination for a young teenager in the seventies. Mellotrons and 12 string guitars from Tony Banks and Mike Rutherford, Victorian fairytales and lyrical wonders from Peter Gabriel. Collins sings For Absent Friends and adds new depth to the group with his vocal skills to support Gabriel. The album cover is by Paul Whitehead, also responsible for Trespass and Foxtrot as well as Van der Graaf Generator’s H To He Who Am The Only One and Pawn Hearts (ask me about that title someday). Whitehead also did three Le Orme album covers and Tom Fogerty’s Myopia – and many others.

When they bury me with my records, you can put this one in the casket to enjoy in The Afterlife.