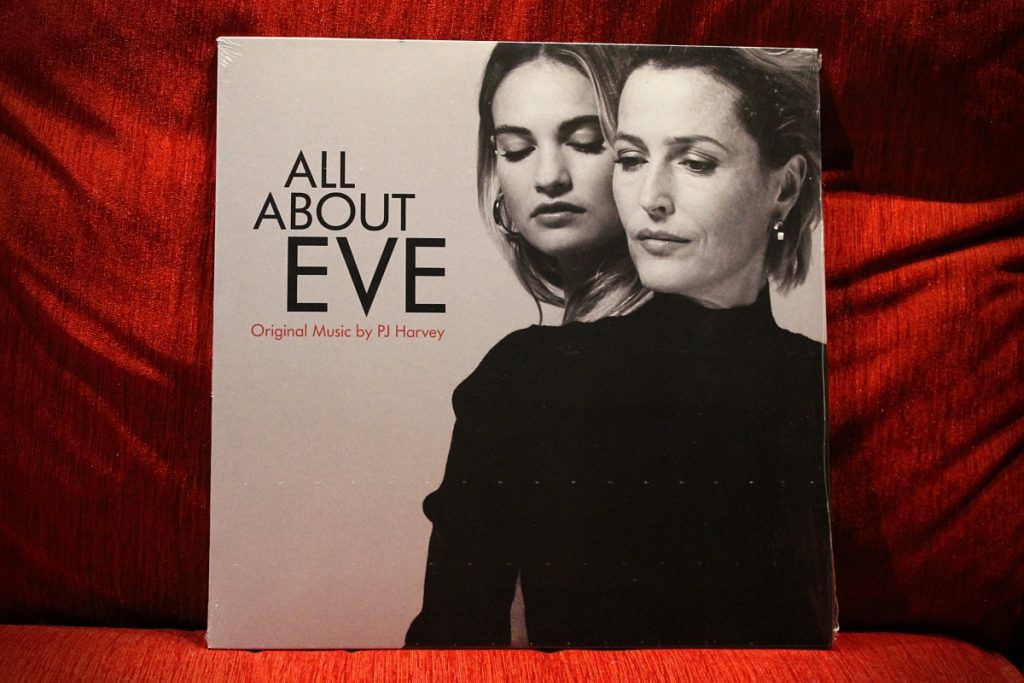 Music today comes from PJ Harvey and her soundtrack to the play All About Eve directed by Ivo van Hove starring Gillian Anderson and Lily James. The original from 1950 was directed by Joseph L. Mankiewicz from a short story by Mary Orr, starring Bette Davis and Anne Baxter (and a small role for Marilyn Monroe). It won six Academy Awards. Here’s a review of the play with no mention of the music.

I suppose that in theatre the music is incidental and this is certainly that despite having Gillian Anderson sing one song (The Sandman) and Lily James another (The Moth), both included at the end of the album as PJ Harvey’s demos. The album is a keyboard affair, pianos and mellotrons, moody and like, well, soundtrack music, sometimes evoking Harold Budd. I’m not sure it’s Harvey’s forte and her reputation surely got her the gig but she does a fine job of supplying a soundtrack as a change of pace from her own work. And that’s partly what this is all about, her branching out again as she has done on her later records, exploring different styles and instrumentation. It’s a long way from Sheela-Na-Gig and why not?