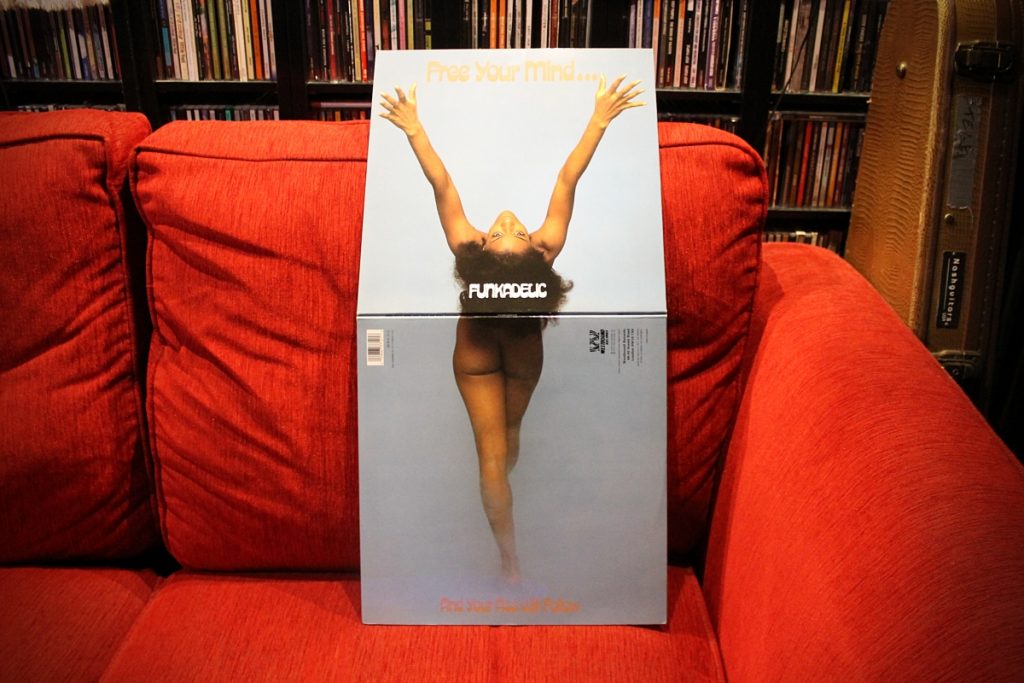 Music today had me trying to take my head somewhere else, into a different reality, so Funkadelic’s Free Your Mind And Your Ass Will Follow (1970) seemed appropriate. (Thanks sessioneer NJ Chris for reminding me.) Some Psychedelic, Sci-Fi, Soul, Funk never fails to inject some groove, some joy, some passion and some madness into the room. You just are engulfed by it, I put it on and turned it up twice. It was their second album and the second album they released that year. Crazy guitars, crazy organs, crazy grooves, crazy singing. Wah-wah guitars, jamming, soloing, it’s Rock music you can dance to. Mainman George Clinton (Funkadelic’s Keith) said that the inspiration for this album was an attempt “to see if we can cut a whole album while we’re all tripping on acid”.

A great band of singers and players, including Eddie Hazel on guitar and Bernie Worrel on organ, Billy Nelson on bass and Tiki Fulwood on drums, George Clinton sings as do Hazel and Nelson with a whole lot of different singers contributing, Ray Davis, Fuzzy Haskins, Calvin Simon, Grady Thomas, Tawl Ross, Martha Reeves, Tema Dawn and Joyce Vincent. What a crazy scene it must have been on those late nights in Detroit with this band of nutters. If you ever see an original copy of this album with the woman facing down, you know where to send it.