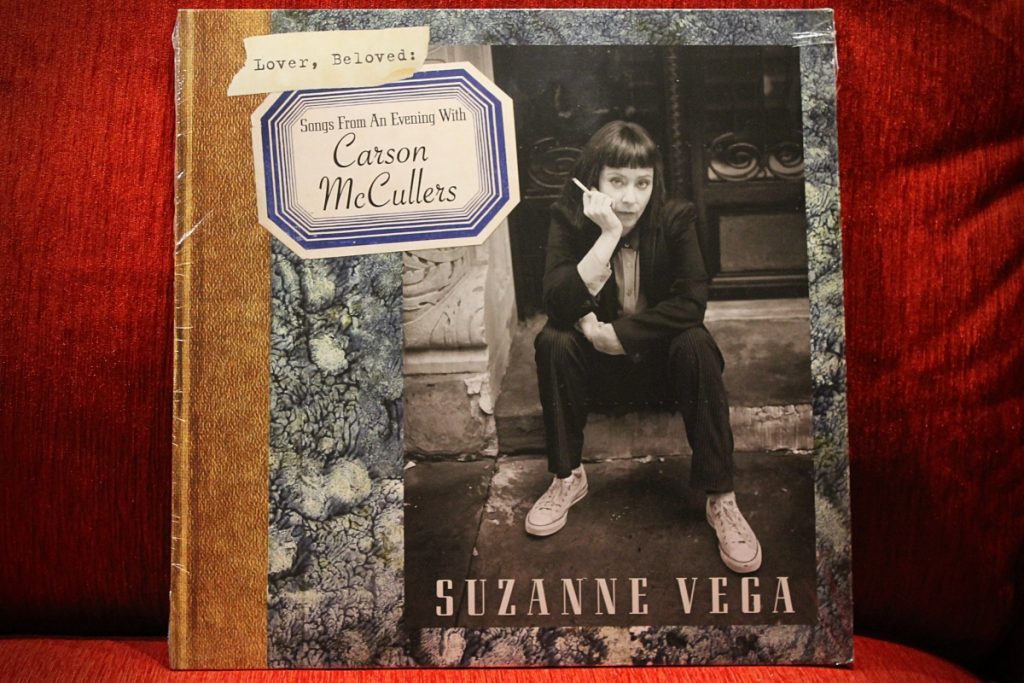 Music today comes from Suzanne Vega’s play Lover Beloved, co-written with Duncan Sheik, Lover, Beloved: Songs from an Evening with Carson McCullers (2016) based on the life of author Carson McCullers who wrote a book with one of my many favourite titles: The Heart Is A Lonely Hunter (1940). The literate songwriter that is Suzanne Vega might be known to most for Luka (1987) but I’ve been a fan since the first album (1985) that I bought at the record store in the olden days of Bondi Beach before they went mad with the commercialism. That first poetic album showed no evidence that on her second album she would have a worldwide hit and if you ever followed her releases you might be surprised about how far away she went from that first record with her production styles. She was married to and has a child with producer Mitchell Froom who will be Crowded House’s resident keyboardist.

She made a series of albums called Close Ups, where she rerecorded her A&M owned songs, I’m a fan I buy everything she does. Last but not least I know Doug Yowell, her drummer, and two of her bass players, Mike Visceglia (longtime) and Tony Shanahan (guest and Patti Smith’s bassist). Why am I telling you this? Because Mike, Doug and Suzanne have been down to the archive. Whilst she was here I asked her if she had heard Kate Rusby and Kathryn Roberts’ version of The Queen And The Soldier (1995) from her first album? “No”, she said. So I played it for her. She didn’t really respond to it (I love it, great version) but she is a thoughtful person, I think she needed more time to think about it.