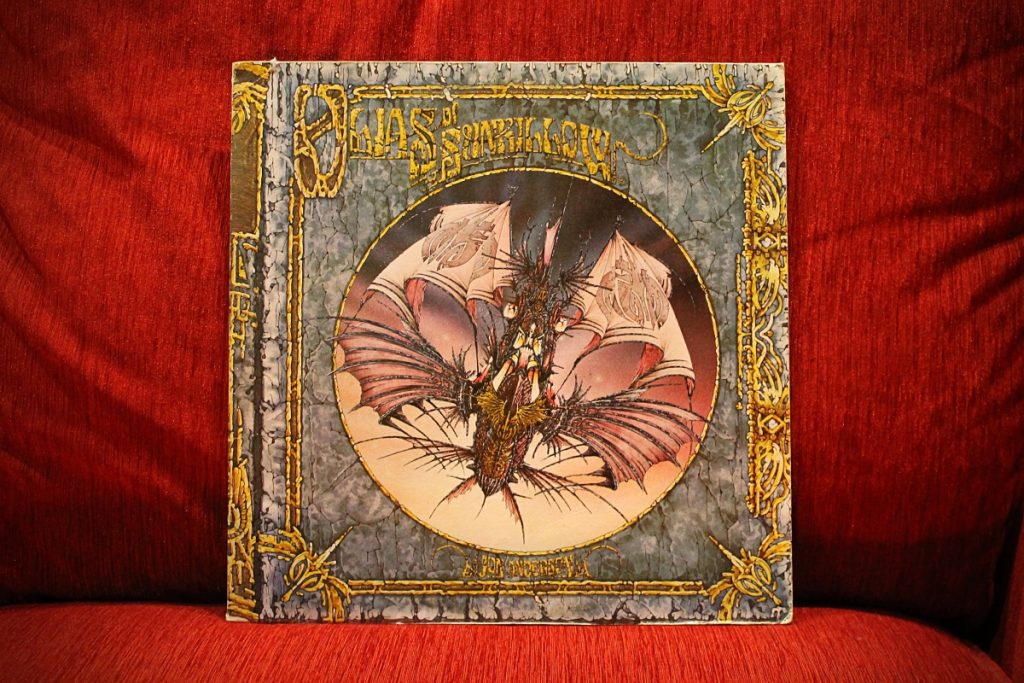 Music today comes from Jon Anderson’s first solo album Olias Of Sunhillow recently sent to me by sessioneer Brian in Florida (thanks Brian). Anderson plays all the instruments, including the harp as well as many other instruments, bass, guitar, mandolin and the saz, or the ba?lama, none the wiser, right? Well, it’s some kind of Turkish stringed instrument which suits this array of organic twangs that complement Anderson’s distinctive pure vocals. Although there’s also electronic noodlings (that he doesn’t play) which make you wonder if the idea was to try and blend these two disparate elements together. Anderson always strode the ground between Progressive and World Music and on this album, it is most prevalent. Asian scales, African drums and western synthesisers, oriental strings, American acoustics and a northern English voice from Accrington, Lancashire. If you’re from up that way, you can occasionally hear his accent jumping out from the yoga class.

The album was recorded in 1975 and 1976 and released in 1976 between Relayer (1974, with Patrick Moraz) and Going For the One (1977, the return of Rick Wakeman). At this point Yes were releasing their first compilation album, Yesterdays (1975). Roger Dean was too busy to do the artwork so it was designed by David Fairbrother-Roe and put together by Prog designers Hipgnosis. Fairbrother-Row also did Nazareths’s Hair Of The Dog and Popol Ace’s Stolen From Time as well as Sci-fi writer Anne McCaffrey’s book covers. This from Wikipedia: “It is a concept album which tells the story of an alien race and their journey to a new world following a volcanic catastrophe on their home planet”. Go Jon!