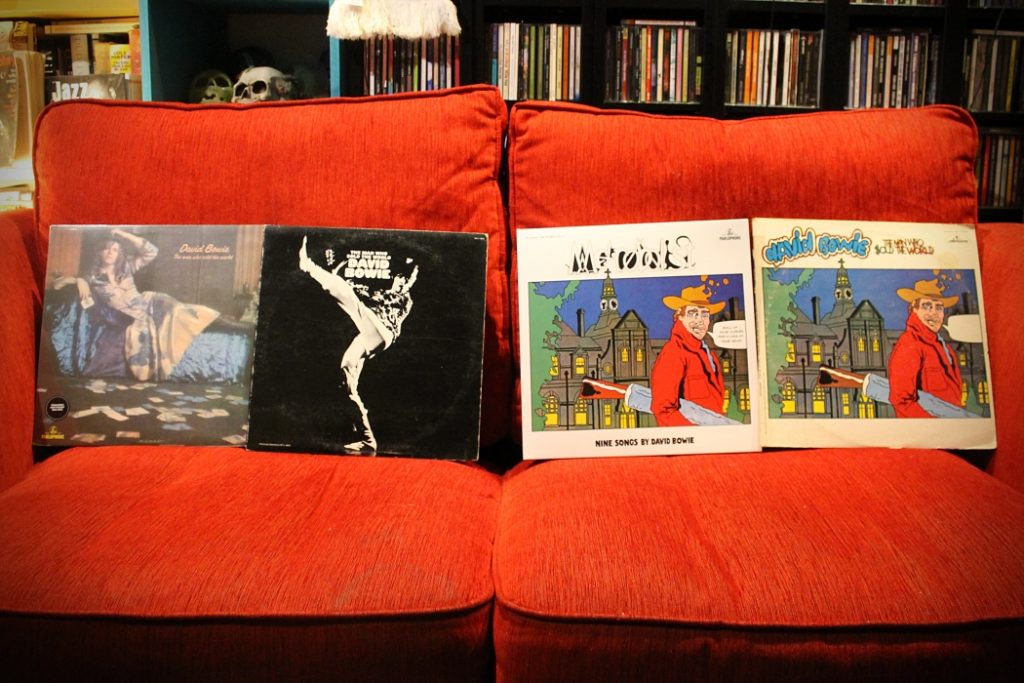 Music today has been the reissue and Tony Visconti remix of Metrobloist aka The Man Who Sold The World by David Bowie. It’s not only a different title, it also comes in the cartoon cover on white vinyl with a gatefold and lots of the pics from the photoshoot with Bowie from yet another version of the cover with long curly hair and wearing a flowing dress.

Allegedly the title was a play on Fritz Lang’s Metropolis but Mercury Records changed the title before the release without telling Bowie. The album was released in 1970 in the USA with the cartoon cover. It was released in April 1971 with the dress cover and in 1972 RCA Records reissued it with the black cover which was a reaction to the success of Ziggy Stardust, the cover now sporting a more Ziggy-like Bowie.

It was pre Trevor Bolder so Visconti not only produced but also played bass (Ken Scott engineered, check out the resumé), Mick Ronson played guitar and Woody Woodmansey played drums, The Spiders were about to be unleashed on the world. On this album, there’s not only some great songs but it’s the Bowie debut of Mick Ronson and it’s worth it just for that. It’s quite riffy and Rock but also acoustic and with strings in other places, great melodies and lyrics and Bowie’s ace singing. A must-have album especially in this interesting remix version.