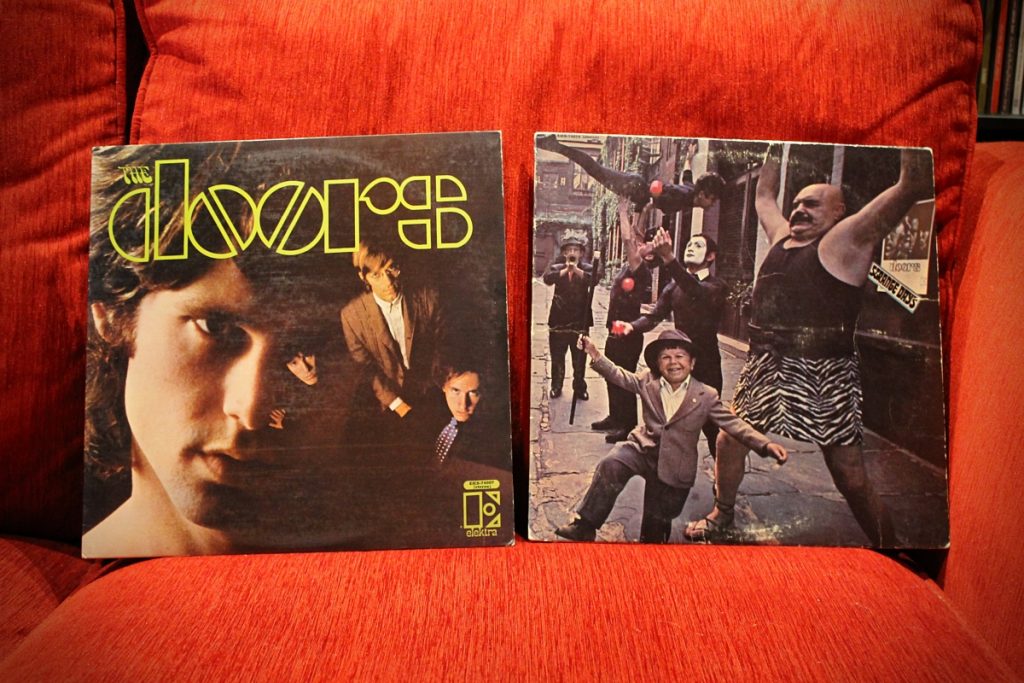 Music of the day is The Doors’ second album, Strange Days (1967). It seems appropriate. It’s a poetic album, with Morrison’s moody vocal and evocative lyrics. The band, sensitive to his vision, are a perfect vehicle, Ray Manzarek’s unique keyboard sounds and Robby Krieger’s sixties guitar with John Densmore’s jazzy drumming arrangements and of course the bass player they didn’t have, but did – if not in Manzarek’s left hand, then in the studio at least on this album, Clear Light’s Douglas Lubahn plays “occasional bass”.

The poetry of Horse Latitudes, the hits, People Are Strange and Love Me Two Times and a lot of thoughtful album tracks, makes this a must-have album. Allegedly sonically inspired by receiving an “early copy” of Sgt Pepper’s, a sonic inspiration as they used a state of the art 8- track recorder and experimented with sounds. I love the last track, the ten minute plus When The Music’s Over. The album was produced by Paul A. Rothchild who produced all their records except LA Woman (regular engineer Bruce Botnick did that one). The album was a big success making it to No.3 in the US charts.

After hearing this I had to hear more, so went back to their debut. This one reached No.2 on the US charts and included the hit Light My Fire with Manzarek’s wonderful keyboard line. Larry Knetchel plays bass on Light My Fire and also Soul Kitchen, written as a tribute to Olivias Soul Food Kitchen on Venice Beach. Break On Through (To The Other Side) opens the album and of course that classic, The End, finishes it, later evocatively recorded by Nico on the album of the same name in 1974.