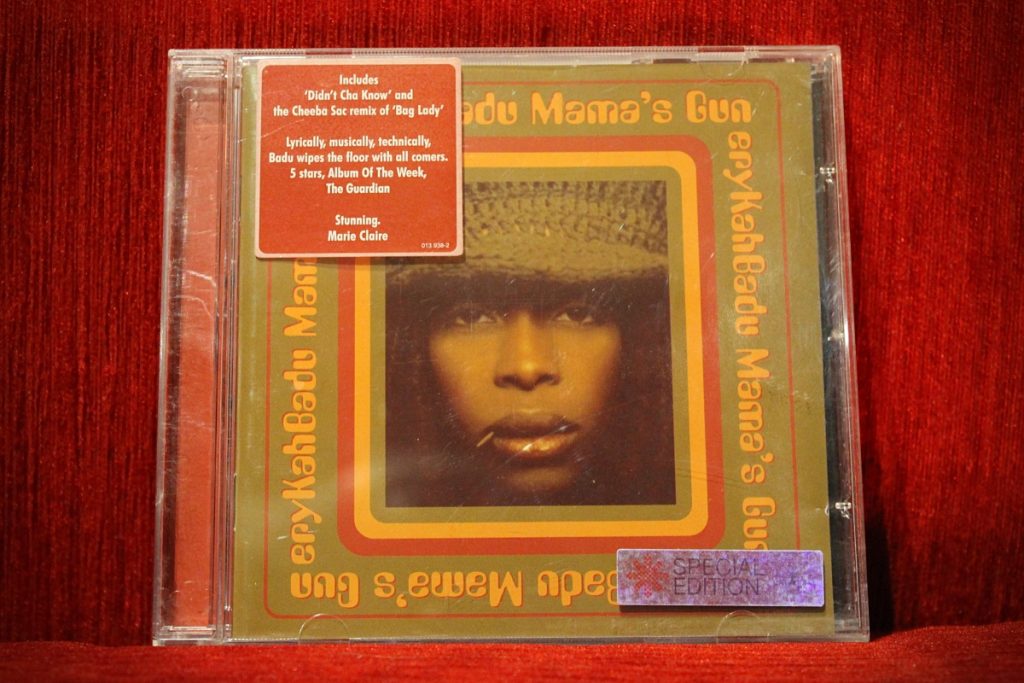 Music today came from Erykah Badu, Dallas’ queen of Neo-Soul. I found some of her CDs very cheap on the net and today I listened to her second studio album, Mama’s Gun (2000). (Check out the coincidental beetle vid.) Groovy stuff, influenced by all the legends and keeping one foot in the future. It’s the kind of music my age group isn’t supposed to like but then I hear the influences and the age group, the demographic that does like this music might generally not know the influences. Like younger people might not know The Beatles, younger people also might not know Marvin Gaye, Al Green, Sly Stone, Otis Redding, Sam Cooke on the male side, and Diana Ross, Aretha Franklin, Martha Reeves, Gladys Knight, Patti LaBelle, Nina Simone on the female side. Of course, some do and a lot of younger people have retro tastes but all those girls that I talked to at Graceland who didn’t know who The Beatles were, was an insight. I don’t really think it was the type of music, more that it simply wasn’t the now and there is no exposure to the past unless you actively investigate it yourself.