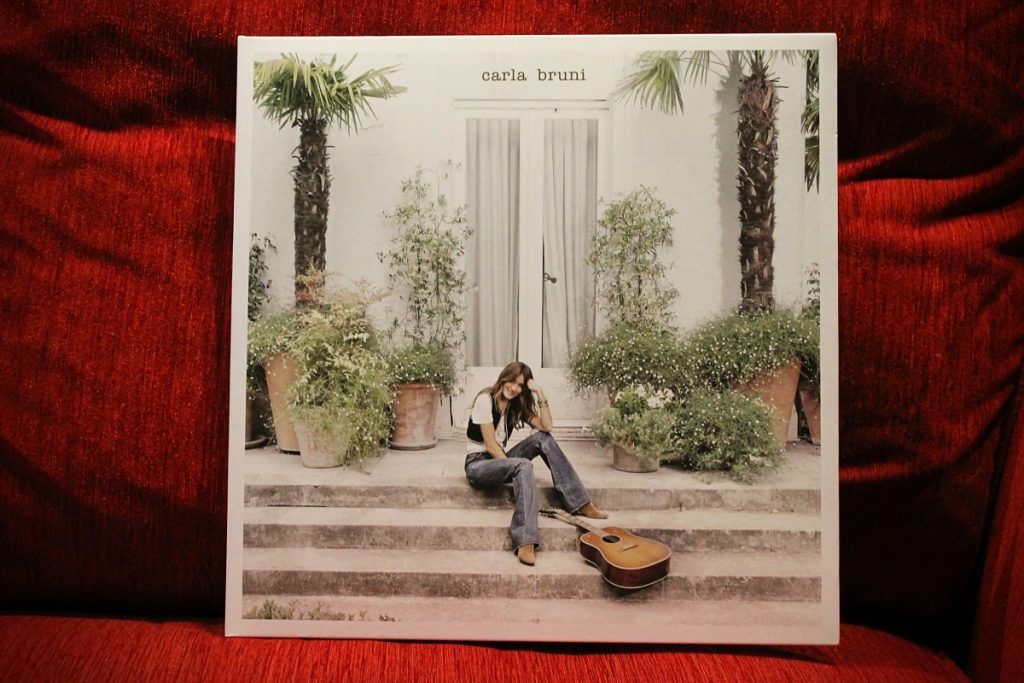 Music today was Carla Bruni’s self-titled latest album, her fifth. You may remember that she is an Italian supermodel that married the French president Nicholas Sarkozy (they met in November and were married in February). She is trilingual (at least) and gave up modelling after 10 years to concentrate on music. She had released two albums before they met, Quelqu’un m’a dit (Someone Told Me) and No Promises in 2008 she released Comme si de rien n’était (Like Nothing Ever Happened). In 2013 she released Little French Songs and in 2017 French Touch. This latest self-titled album released this year is all in French except for one song in English, one in Spanish and one in Italian. It’s hard to get a measure of it because it’s a mellow girl singer-songwriter singing in French and that old maxim, “She could sing the phone book” might more generally be reserved for Kate Bush or another fantastic singer, but to my English ear, just the fact that she sings in French is intoxicating enough. Add to that me trying to learn French and understand the words and I’m in. I’m not there yet but I’m closer than I was, that’s progress. Soft French easy listening, what’s not to like!