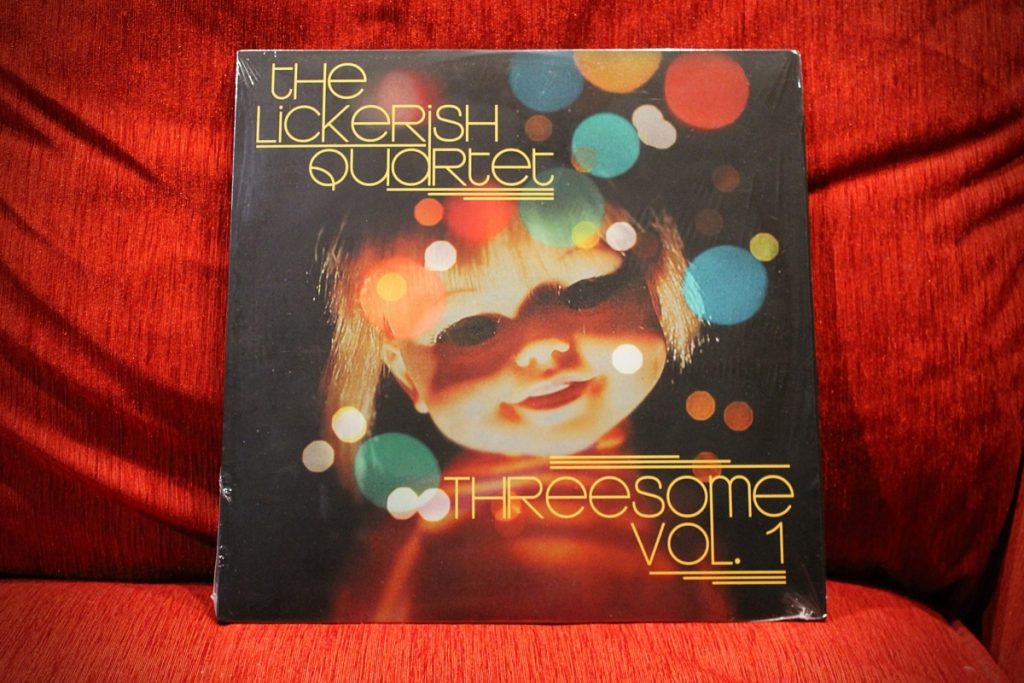 Music today is from ex Jellyfish members Roger Manning Jr, Eric Dover and Tim Smith in their new project, The Lickerish Quartet. Their first release is Threesome Vol.1, an EP with four vocal tracks on Side 1 and instrumental versions of the same songs on Side 2. It’s classic Pop and the first track, Fadoodle, sounds like a cross between Jellyfish, Sparks, early Roxy (if they were cleaner) and Queen (if they were smaller). The second track, Bluebird’s Blues, is 10cc meets The Beatles via Supertramp except it’s all an American take on these mostly English bands. I guess (American for I suppose) they love The Raspberries and The Beach Boys too, so if you like this kind of modern clean Pop it’s executed with panache and skill. On There Is A Magic Number, a more mainstream sound comes out of them, less connected to that Indie cred influence, it’s almost West Coast – well they are from Los Angeles. I imagine a little too perfect for most Indie fans but beautifully realised anyway, they would have been huge in the early seventies. The last track, Lighthouse Spaceship, continues with the list of previous influences, they love this kind of music and do a wonderful job of it but although their influence list is solid, to my ears it also includes Pilot but to tell you the truth, I never tire of hearing Magic or January.